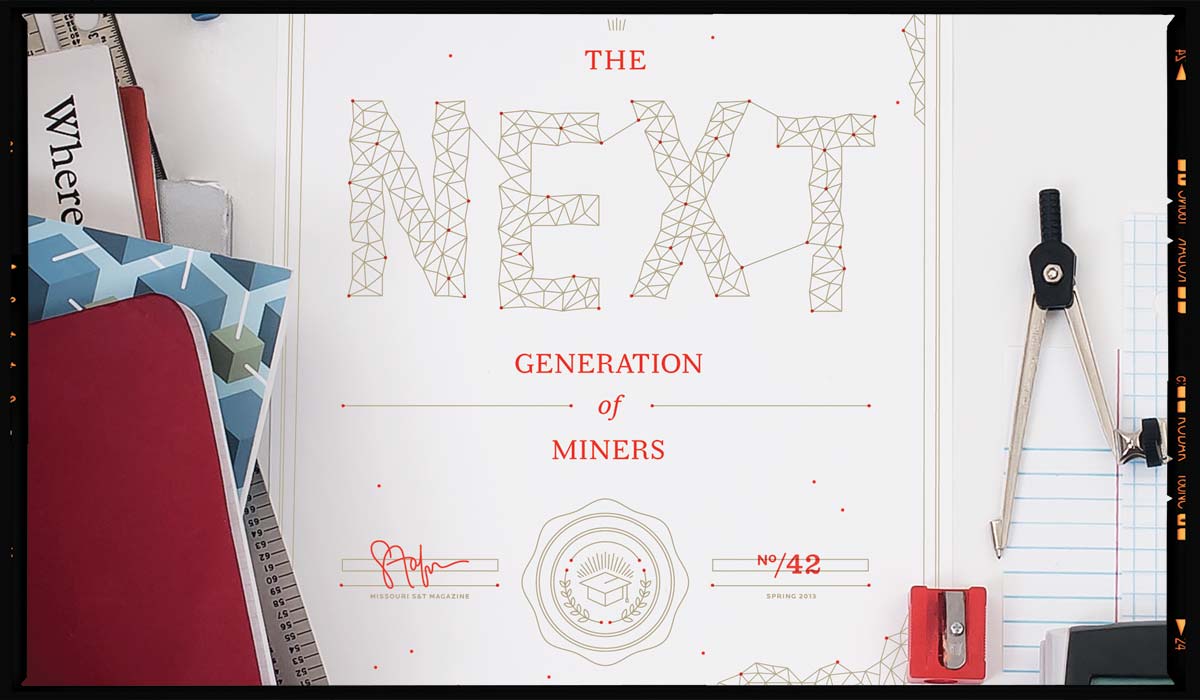 Creating a better tomorrow. That has been a theme for Rolla graduates for more than 140 years.

Throughout the university’s history, a steady stream of students has come to Rolla in search of a world-class education. For these individuals, Missouri S&T is more than just a place to get a diploma. It’s a place where they find their direction, learn how to be leaders and question conventional thinking. It’s a place where they can follow their own personal path and shape a future that’s distinctly their own.

That’s what a Missouri S&T education is all about.

Today, those lessons in leadership, critical thinking and practical applications are taught everywhere — from our bustling classrooms and laboratories to our thriving student design teams and other organizations, and on the Internet. Today’s Miners don’t have to sit in a Rolla classroom to benefit from the expertise of our faculty. Use of distance education at S&T has grown 77 percent in the last five years alone.

And that’s just the start. Global opportunities abound for those who are curious — students who want to see the world, do what they can to help others and fix the big issues facing our nation and world. And be prepared for what comes next.

It’s an exciting time to be a Miner.

Our student body doesn’t look much like it did in the 1940s and ’50s. And we’ve come a long way since 1960, when Lelia Thompson Flagg, CE’60, became the first African American to graduate from Missouri S&T. Back then, women and minorities on campus were scarce. Flagg had to live off-campus, since there was no housing for female students. Now we have a record 1,732 women enrolled at S&T. And at 804, the number of minority students continues to climb.

Today’s students grew up in an age when cell phones and the Internet were commonplace, and space travel was more than just science fiction. They may look and dress differently, or carry smart phones instead of slide rules, but they share the same appreciation for hard work as the graduates who came before them. Like their predecessors, they are athletes, researchers, design team members, Greeks, independents, planners, dreamers and more.

The five students who tell their stories on the following pages are just a sample of the next generation of Miners. They are shining examples of the Miner virtues of dedication and personal drive. They solve problems for fun. They are breaking stereotypes and working to solve grand challenges.

Miners are engineers, scientists, innovators and more. In the last century, they drove the Industrial Revolution and launched the Space Age.

We don’t know what tomorrow’s greatest revolution will be. But we are confident our students can lead it.