Engineering … with a twist 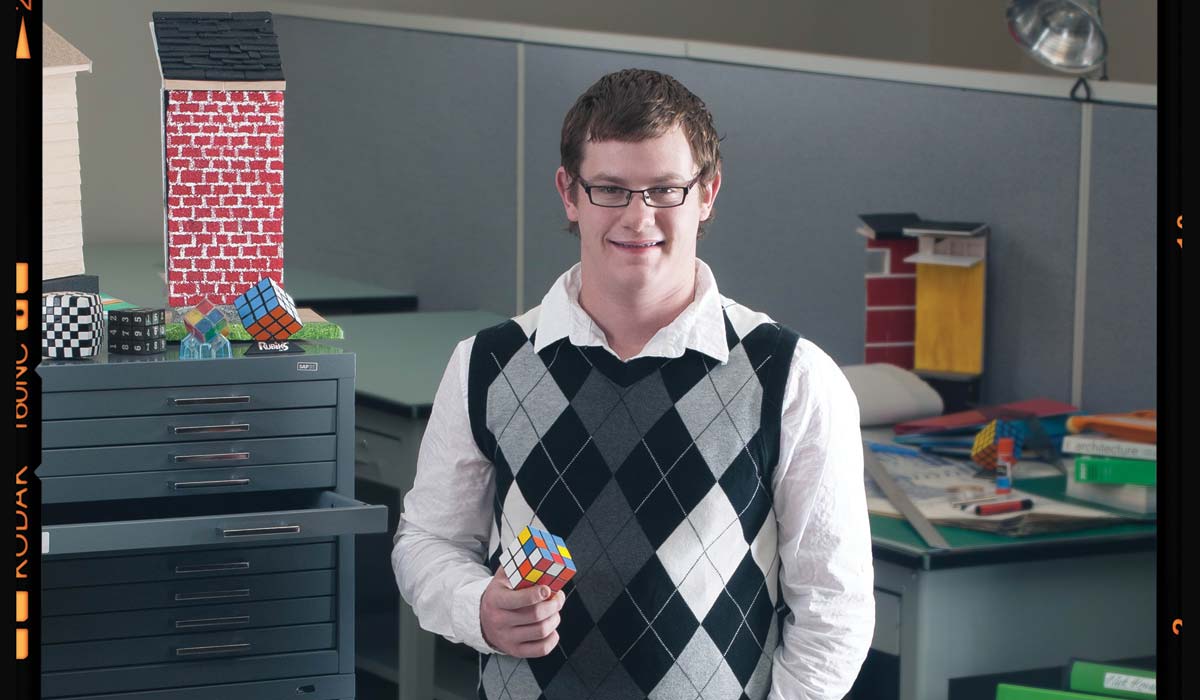 Wesley Hackett knows a good problem when he sees it. And he loves problems. Perhaps that explains why he’s a huge fan of the Rubik’s Cube, the iconic 3D puzzle from the 1980s. In fact, he has at least five different models of the twisting object, from the simple 2×2 Mini Cube to a V-Cube 7 that has more than 200 pieces.

It may also explain why this architectural and civil engineering major from Garland, Texas, has been so involved with a variety of student design teams.

“I was a driver for the Solar Car Team at the Formula Sun Grand Prix in 2011 and traveled to Honduras with Engineers Without Borders that same year,” he says. During that trip to Santiago, Honduras, the EWB team cleaned and resealed the 40,000-gallon water storage tank and installed pipe to improve the water distribution systems.

“There are so many different opportunities to get involved around campus and so many ways to get your voice heard and be recognized for your hard work,” he says.

Those same hands that can solve puzzles and reach out to help others have also designed miniature bridge structures, packed a skydiving chute, set the stage at Leach Theatre and created freehand sketches.

He credits Heath Pickerill, director of the Missouri Local Technical Assistance Program, for that last one.

“I give him a hard time,” the junior says. “ArchE 203 — Architectural Engineering Design I — has been the hardest class so far but it’s helped my drawing and sketching abilities.”

“I was a driver for the Solar Car Team at the Formula Sun Grand Prix in 2011 and traveled to Honduras with Engineers Without Borders that same year.”

A first-generation college student, Hackett will need those skills as he enters the job market next year. He’s already got his sights set on a construction company in Texas, too. But before he takes that first job, Hackett says he’d like to spend a year with a theater road show.

“I really wanted to be an actor when I was growing up,” he explains. “I’m not giving up on that dream, but I feel like working for a construction or design firm would be a much better day job than waiting tables while I wait for an acting gig to come around.”