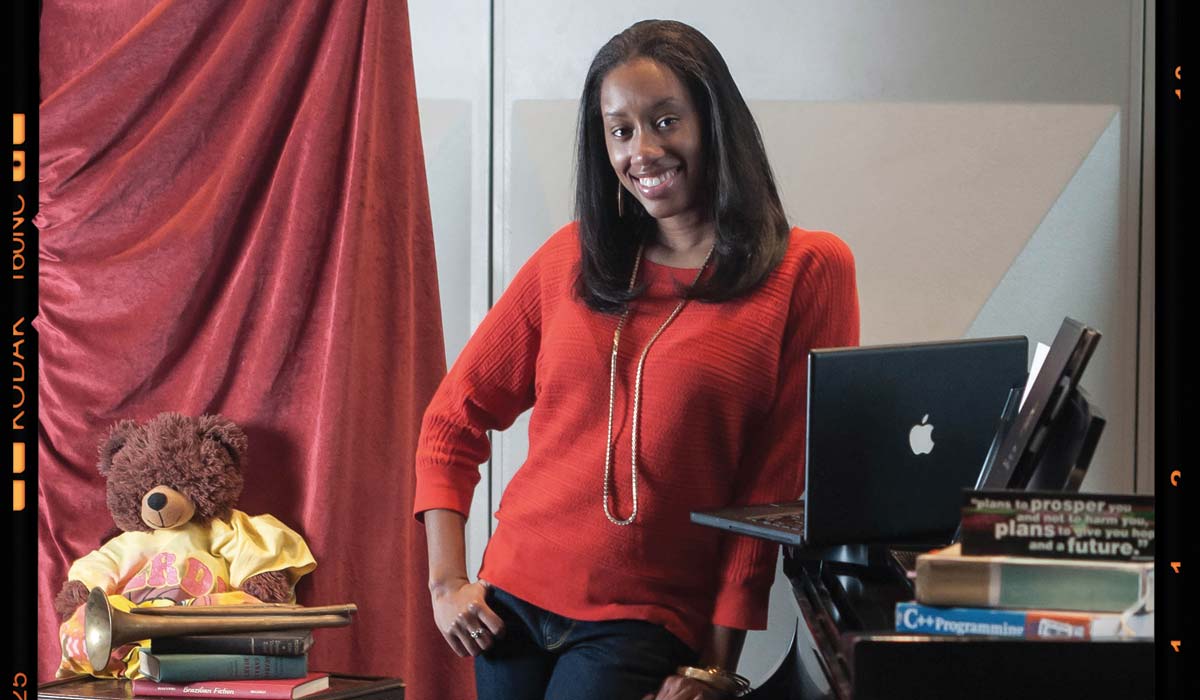 It’s no surprise that Marquia Lewis decided to study computer science in college. “I was around computers all the time growing up, and I really like them,” says Lewis, a sophomore whose mother, a software engineer for the Boeing Co. in St. Louis, also majored in computer science.

But Lewis just as easily could have majored in dance. She was on the dance and step teams at Hazelwood Central High School in St. Louis, and she was active in her church’s dance and music ministry while growing up. Fortunately, she has an outlet for dance at S&T. You’ll often find her performing with the Gold Miners dance squad at a football or basketball game or expressing her spirituality through dance at a Voices of Inspiration Gospel Ministries event.

Jessica Harvey, a high school friend-turned-S&T classmate, introduced Lewis to Voices of Inspiration during her freshman year. It was a great fit because it combined Lewis’s passion for dance with her faith. A year later, she became president of the 20-member organization.

“I decided to do that because I really enjoyed Opening Week my freshman year,” she says. “I also wanted to challenge myself, because like a lot of computer science majors, I’m kind of an introvert.” She also finds time to game. She especially likes the Halo series of multi-player online games. “Most guys are surprised when they find out I have my own Xbox 360,” she says.

“You can’t really study for it, you just have to practice it.”

Although she loves computers, coding doesn’t come easily to her. She didn’t take any computing classes in high school, so at times she feels like she’s behind the curve of other S&T computer science students. But she’s found that her fellow comp sci majors are willing to help or offer advice.

“I go to the computer labs in the Computer Science Building a lot,” she says. “Someone’s always there and is always willing to help you out. I’ve had to learn how to reach out, and learn that it’s OK to do that when you don’t know the answers.”

The biggest challenge with coding, she says, is that “you can’t really study for it, you just have to practice it.” In that regard, coding is a lot like dance. Practice makes perfect.