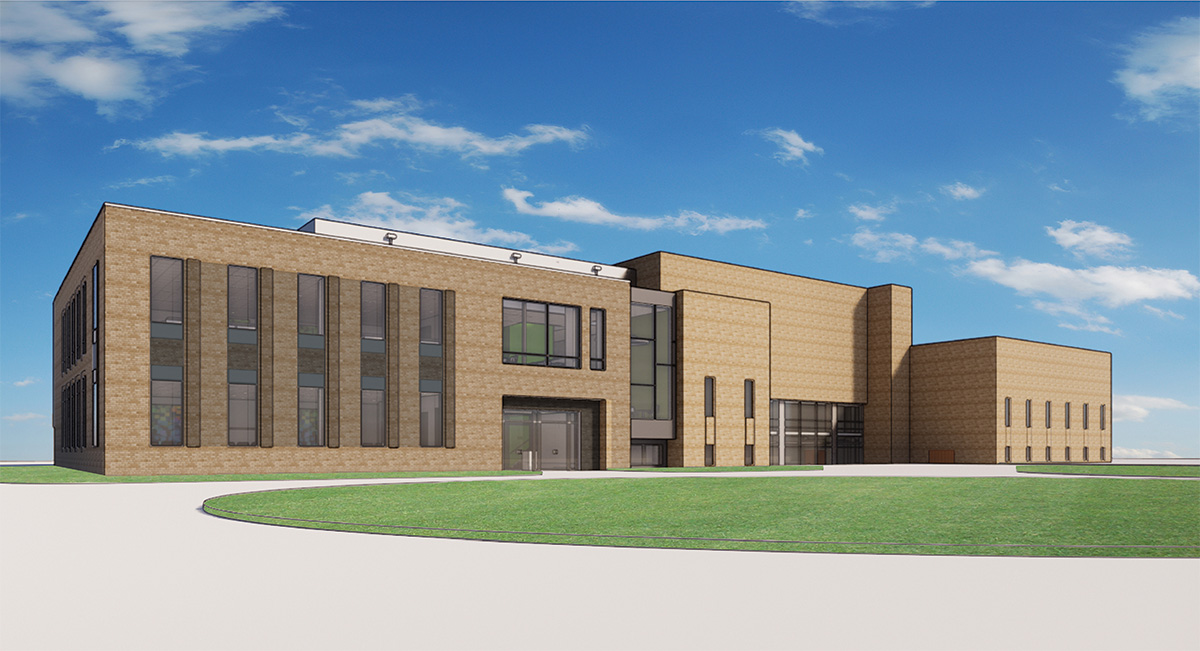 The president and CEO of a company founded the same year classes were first held at S&T has donated $550,000 to provide more classroom space for today’s students.

Construction began in July on a new Classroom Learning Center at Missouri S&T. Robert M. Williams Jr., ME’74, president and CEO of St. Louis-based Williams Patent Crusher and Pulverizer Co., contributed $550,000 to the university in support of the project.

His gift will fund the learning center’s largest space, a 300-seat lecture hall, as well as a major area in the center’s main lobby.

The new Classroom Learning Center will add 15,900 square feet of space to the Computer Science Building. In addition to the 300-seat lecture hall, the learning center will include four 100-seat classrooms and three student learning commons.

The lecture hall and main lobby space will be named in recognition of Williams and his family: wife Kathy, son Robert M. Williams III, who works for the family business in information technology, and daughter Ashley Williams, ChE’09, who is a project and design engineer for the company.

“It is important to give back to the university that provided me with a world-class education,” says Williams, a member of S&T’s Academy of Mechanical and Aerospace Engineers who received an award of professional distinction from S&T in 2007. “We owe it to students to better the world however we can.”

The new Classroom Learning Center is scheduled for completion by fall 2020. The $7.6 million project will be funded by private charitable contributions and university reserves.

For more information on how you can help support the Classroom Learning Center, contact Rebecca Johnson, executive director of development, at johnsonnr@mst.edu or 573-341-4743.