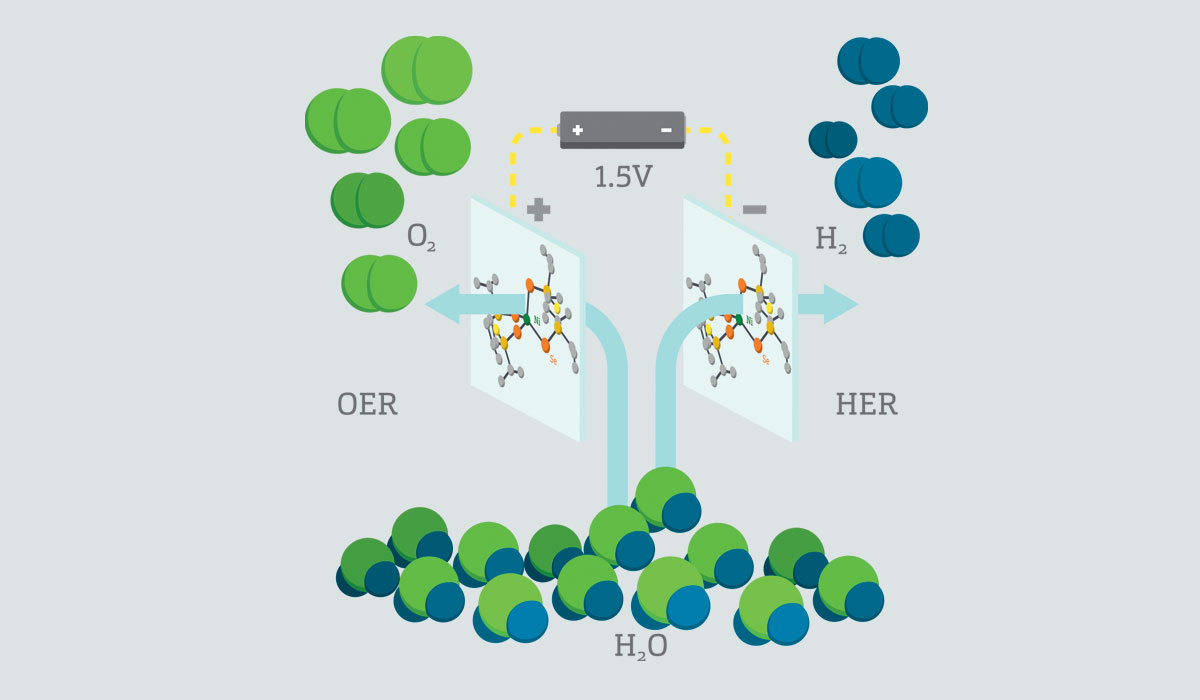 Researchers at Missouri S&T believe they have found a way to make hydrogen fuel a more viable energy source. Their approach? An efficient and inexpensive way to split water into its elements, hydrogen and oxygen.

Most methods for producing hydrogen and oxygen from water require large amounts of energy and the use of expensive precious metals like platinum.

Manashi Nath, associate professor of chemistry at S&T, and her colleagues use an electrocatalyst that contains the metal nickel, found abundantly on Earth, and selenium to produce hydrogen and oxygen from water more efficiently — and at a lower cost.

“The novelty of this work is twofold,” Nath explains. “First, nickel is the main catalytic center which is known to be Earth abundant, and second, that same catalyst can be used for both hydrogen and oxygen generation, which dramatically reduces complexity and cost of the device. Very few reports are available where the same catalyst can be used for both oxygen and hydrogen production.”

Nath’s work was published in the Nov. 17, 2016, issue of the journal ChemSusChem.