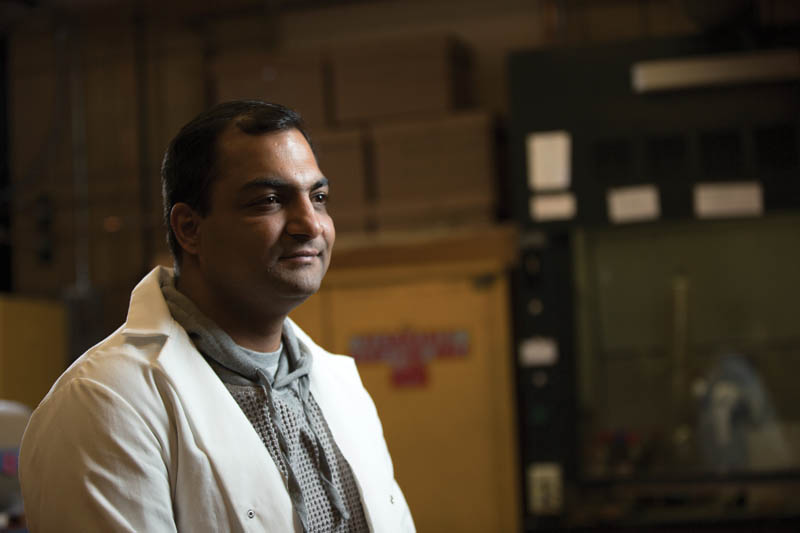 For years, Jatin Mehta watched his mother’s health degrade as she dealt with the debilitating effects of type 2 diabetes. When she died on March 5, 2016, Mehta dedicated his research to her, and to the millions of others around the world who die from age-associated diseases every year.

Mehta is a doctoral candidate and teaching assistant in chemistry. He works with V. Prakash Reddy, professor of chemistry, on a project to design and synthesize medicinal compounds that could slow or prevent age-associated diseases like Alzheimer’s, cancer, cataracts, dementia and, of course, type 2 diabetes.

Mehta doesn’t believe in a mythical Fountain of Youth, but he does think aging doesn’t have to be so difficult.

“We get diseases when we get old,” he says. “We can’t stop aging, but we can make it more pleasant.”

Before he came to Missouri S&T, Mehta worked as a research scientist for several major pharmaceutical companies in India for eight years. He holds two Indian patents for drug synthesis.

Mehta, who has both bachelor’s and master’s degrees from Kurukshetra University in India, noticed that he was often passed over for promotion for candidates with doctoral degrees.

“If you want to do research in the pharmaceutical industry, you should have a Ph.D.,” he says.

Mehta applied to a number of universities with organic chemistry research programs, but his first choice was always Missouri S&T, in part because of his desire to work with Reddy, whose research interests include drug design.

At Kurukshetra, Mehta met his wife, Meenakshi, who is also an S&T doctoral student in chemistry. They have a 6-year-old son.

“My family is my motivation, especially my wife,” Mehta says. “She sacrificed a lot in terms of her career to get me here. I believe this wouldn’t be possible for me without her support and motivation.”

Mehta, a member of Toastmasters International since 2014, also has a passion for public speaking that led him to participate in S&T’s 2016 3-Minute Thesis competition. A presentation about his research garnered him the People’s Choice Award.

Mehta is current president of the Ozark Orators #1056 Toastmasters International Club in Rolla.

“I welcome everyone to visit our club to improve public speaking in a fun manner,” he says.