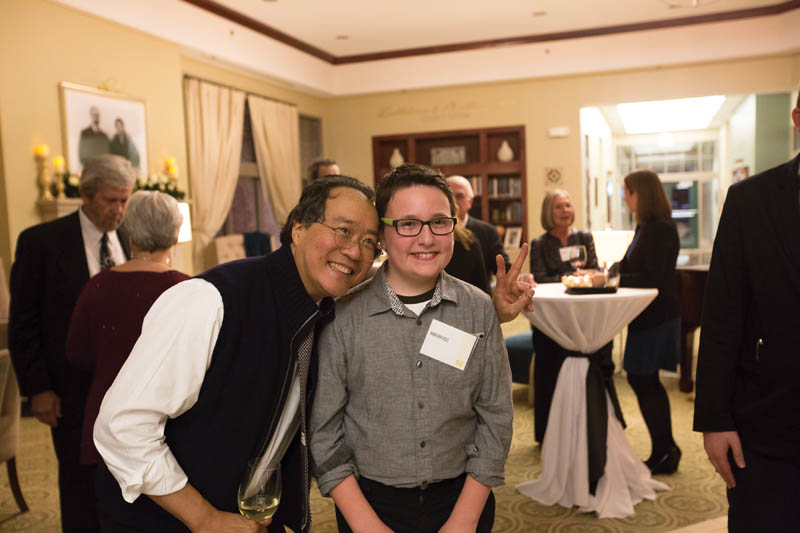 On March 4, acclaimed cellist Yo-Yo Ma became the 32nd presenter in the university’s Remmers Special Artist/Lecturer Series. Ma began studying cello at the age of 4, attended the Juilliard School and in 1976 graduated from Harvard University. He has received numerous awards, including the Avery Fisher Prize (1978), the National Medal of Arts (2001), and the Presidential Medal of Freedom (2010). In 2011, Ma was recognized as a Kennedy Center Honoree.

The Remmers Special Artist/Lecturer Series is supported through a fund established by the late Walter E. Remmers, MetE’23, MS MetE’24, and his late wife, Miriam, to bring renowned speakers and performers to the campus. The first Remmers Lecture was held in 1979 and featured former President Gerald Ford.