Need for a house hits home for Miners 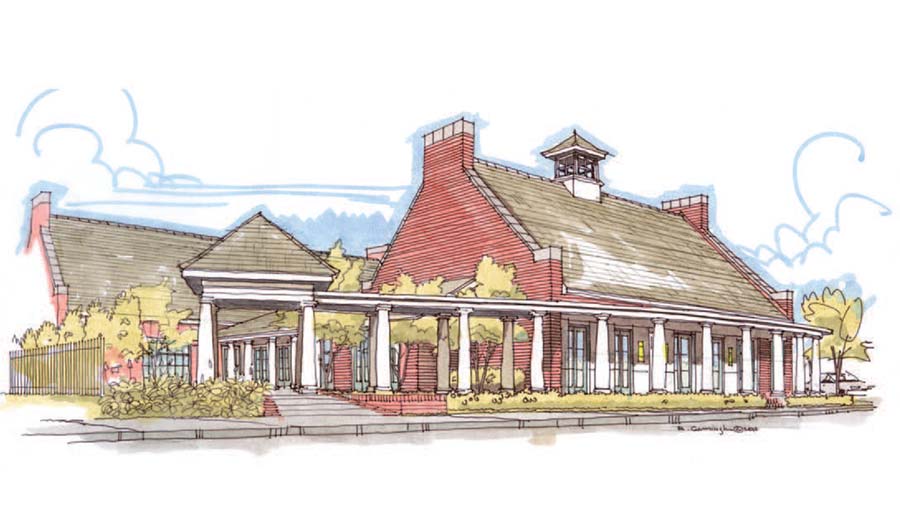 It’s called a house. But the vision for the Hasselmann Alumni House is to provide a comfortable place for S&T graduates — more than 52,000 of them — when they come “home” to Rolla.

There won’t be any beds. This isn’t a hotel or a bed and breakfast. But there will be plenty of room for alumni to gather, whether they’re back in Rolla to reconnect with old classmates, celebrate St. Pat’s and Homecoming, or conduct the business of the Miner Alumni Association.

Today’s economic climate makes it more challenging to fund such large projects. Yet Missouri S&T grads have stepped forward to help support an alumni house. Such houses are “commonplace” at universities, says Bill Brune, CSci’73, who serves on the Miner Alumni Association’s Board of Directors.

Construction on the 12,000-square-foot Hasselmann Alumni House will begin when fundraising is complete. At press time, S&T had raised 45 percent of the estimated $3.85 million construction cost. The project received a recent boost when Missouri S&T Chancellor Cheryl B. Schrader designated a $500,000 estate gift from the late Beverly Koeppel, EE’38, to be used as a challenge grant to attract additional funding for the alumni house.

Alumni have made gifts in support of the project to honor loved ones, fellow alumni, mentors — even rival fraternities. So far, donors have contributed to personalize rooms, tables, bar stools, outdoor areas, and, for fun, even urinals.

John O. Farmer III, PetE’63, made a significant gift to name the lounge in honor of his father, John O. Farmer, MinE’33, who was friends with Karl Hasselmann, MinE’25. The elder Farmer started an oil and gas production company based in Russell, Kan., in 1946. His son has been president since 1989. Now, thanks to John O. Farmer III’s gift, the John O. Farmer Alumni Lounge will stand as a testament to his father’s longtime friendship with Hasselmann.

“The alumni house will be a great gathering place. Every significant school has one,” says Farmer III. “I wanted to make a gift in memory of my father and Karl Hasselmann.”

The Hasselmann Alumni House will be located at the corner of Pine and 11th streets in Rolla, on the eastern edge of the campus. “It will reflect our alumni and their achievements, recognizing our philosophy of giving back to the university,” says Brune.

Brune lives in Houston and comes backto Rolla about twice a year. “The opportunities and accomplishments of our faculty and students are beyond anything we would have imagined 40 years ago,” he says.

Like Brune, Art Giesler, ME’77, comes back to this neck of the woods two or three times a year. Giesler, who is also active with the alumni association, says the location of the alumni house is perfect for those who return for the annual St. Pat’s celebration and the parade, which, of course, is held on Pine Street.

In addition to St. Pat’s activities, the Hasselmann Alumni House will be home to reunions, banquets, lectures and, appropriately, Homecoming events.

Daniel Jackson, ChE’90, who lives in San Diego, is another member of the alumni association’s board of directors. “This will be a gateway to campus for all returning alumni,” Jackson says. “With the Hasselmann House, anyone on campus will be able to point you to the alumni office.”