Sometimes, it’s just a matter of things falling into place.

After a standout high school career in football and track and field, Terry Robinson started college at the U.S. Air Force Academy. He spent a year in Colorado, then returned to his St. Louis home and has found a niche in the Missouri S&T athletic program in those two sports. 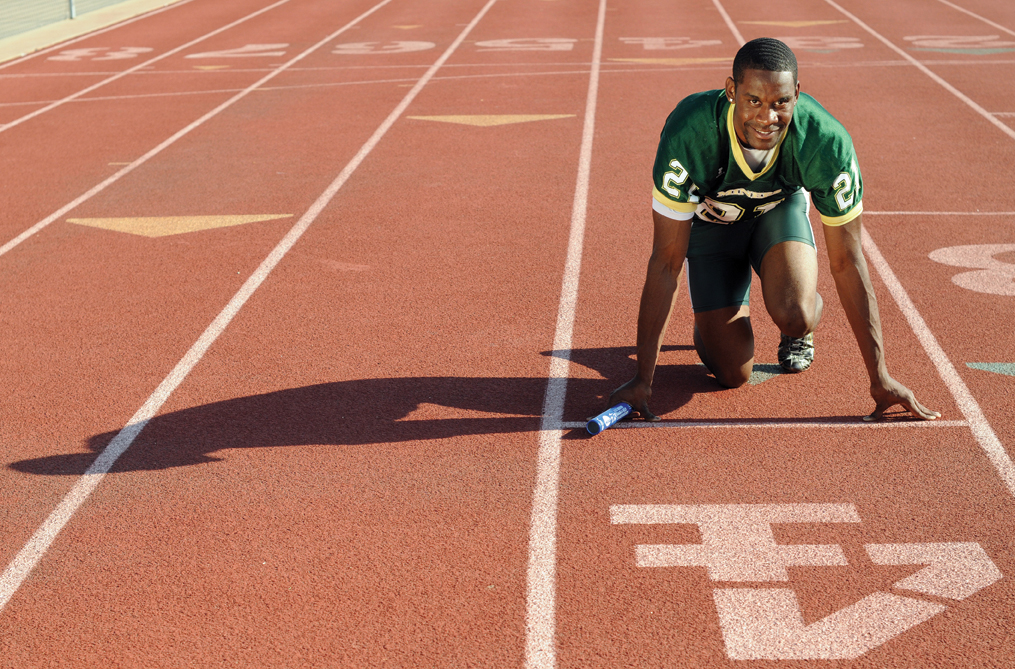 “I just did not feel that the military was a fit for me,” Robinson says. “Missouri S&T is close to home and is a great engineering institution that I feel will grant me multiple job opportunities in the future.”

While Robinson, a sophomore in civil engineering, is looking toward his future, he also has made a mark on the athletic field. In the fall, he is a cornerback on the football team and spends the rest of the year competing in track as a hurdler and sprinter.

After earning first-team all-league honors in football following the 2009 season, Robinson earned All-America honors in track in March by placing fifth in the 60-meter hurdles with a personal-best time of 8.02 seconds. He was also the Great Lakes Valley Conference champion in the 400-meters and the anchor of the 4×400-meter relay team.

Robinson picked up a couple of pieces of advice early in the season from Greg Foster, a silver medalist in the 110-meter hurdles at the 1984 Los Angeles Olympic Games, while Foster was in town to watch his son, Bryce, play basketball for the Miners.

“The most important thing I gained from that experience was that I have to run ‘cocky’ as he said,” Robinson says. “I also had some problems standing tall approaching the hurdles – something I was working on with Coach (Kyle) Rutledge, but he put it in terms that apparently stuck.”

This fall, Robinson is looking forward to the football season – his “first love” – where he will be playing under new head coach David Brown, who was a defensive back in his playing days and a coach with a strong defensive background.

“I can talk to Coach Brown about my credentials all day but in the end it will come down to what I do on the field,” Robinson says. “So I will keep my mouth closed and show why I am the starter.”