With a (lotta) help … from our friends

It takes many hands to make light work and to create a community of support for S&T students and alumni. Without the help of volunteers, mailings wouldn’t be as prompt; events wouldn’t run as smoothly (there’d also be no one to show visitors the way to the facilities at commencement). These individuals enrich the university experience for students and staff. It really couldn’t be done without them. The following standouts spend many hours helping the association, bringing along a wealth of knowledge and experience: 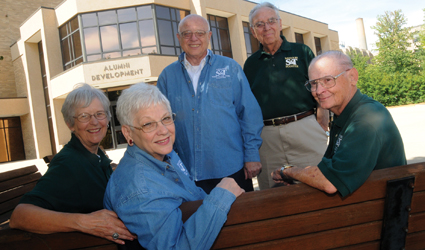