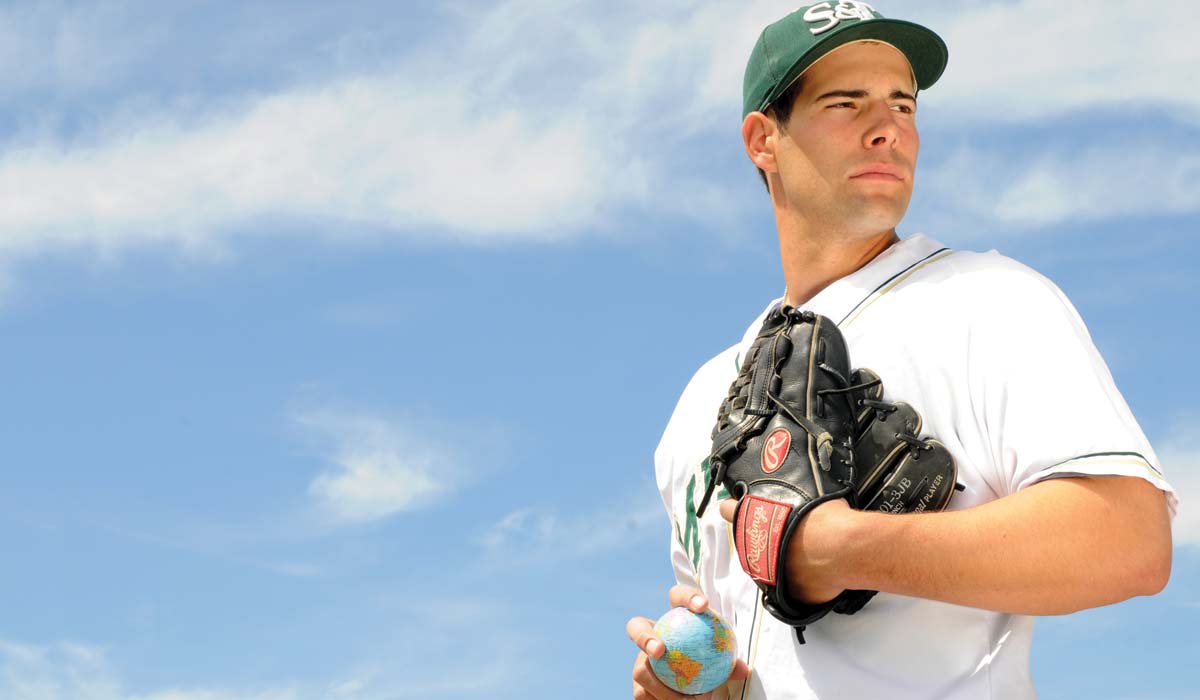 When you think of sports in Canada, you might think of hockey, a sport in which Canadians have excelled at the international level.

But the United States’ northern neighbor has a strong history in baseball as well. The list of major league standouts includes Ferguson Jenkins and Larry Walker and current stars like Justin Morneau, Jason Bay and Russell Martin.

Missouri S&T has tapped into that Canadian market and found a gem of its own in Andrew Page, a junior pitcher from Stoney Creek, Ontario.

Page started his baseball career as a catcher at age 10, but by age 16, knee injuries made him switch to the pitcher’s mound. He didn’t mind the change, because the new position gives him more control over the game.

“My feeling is that if you work hard and you’re prepared, then things will go in your favor over the long haul.”

There is no high school baseball in Canada, but there are many club programs similar to the American Legion format in the United States. Many of the best programs in Canada are in southern Ontario, where teams are tapped frequently for talent at both the college and professional levels.

Page, a business major, has developed into one of the Miners’ top hurlers, going 4-4 as a sophomore with a 3.71 earned run average and breaking the S&T single-season record for strikeouts with 62. At the start of April this season, Page was 3-2 with a 3.73 ERA and nearly one strikeout for every inning he pitched.

He credits much of his success to a strong mental approach similar to that of Roy Halladay, the top pitcher for Canada’s major league franchise, the Toronto Blue Jays.

“The keys to success are preparation and work ethic,” Page says. “I look at someone like Halladay, who has a lot of talent, but the way he prepares for a game and his work ethic is what makes him a great pitcher.

“My feeling is that if you work hard and you’re prepared, then things will go in your favor over the long haul,” he adds.