This is your grid on brains 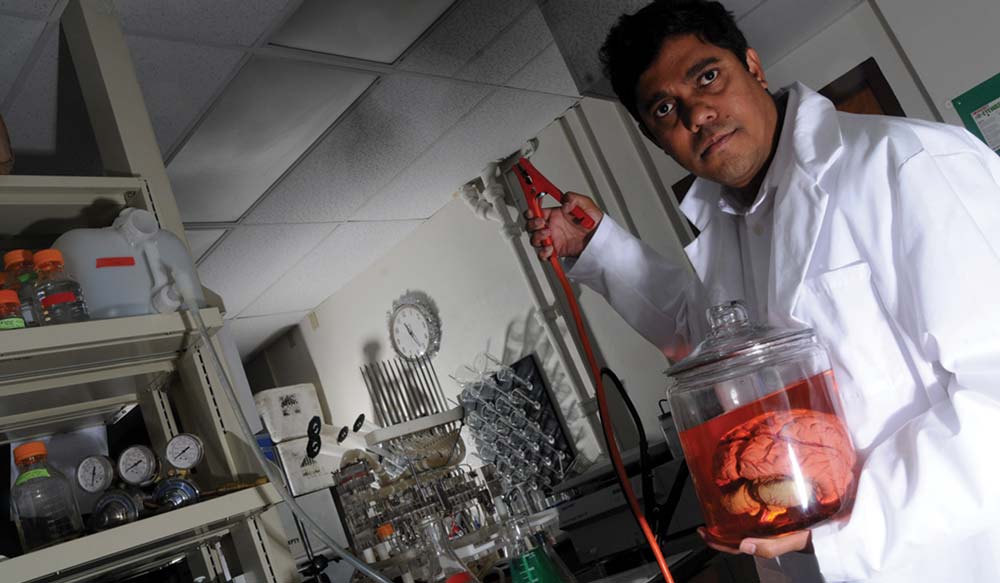 Using the brain as a model, Ganesh Venayagamoorthy wants to create a smarter way to monitor the nation’s power grid.

Using thousands of brain cells from laboratory rats, S&T researchers hope to design a more intelligent power grid. They envision a more flexible system that can respond to uncertainty and circumstances – much like the brain itself.

By growing brain cells on networks of electrodes, the researchers are developing a “biologically inspired” computer program that will allow scientists to track and manage the changing levels of power supply and demand.

Ganesh Kumar Venayagamoorthy, associate professor of electrical and computer engineering, and his team are partnering with the Laboratory for Neuroengineering at Georgia Tech, where the living neural networks were developed and are housed and studied. A high-bandwidth Internet2 connection will connect those brain cells more than 600 miles to Venayagamoorthy’s Real-Time Power and Intelligent Systems Laboratory. His team will train the cells to recognize voltage signals and other information from Missouri S&T’s real-time simulator.

Modeled after the brain, traditional artificial neural networks are designed to recognize patterns and learn over time. But they don’t work well with complex systems, Venayagamoorthy says.

Venayagamoorthy’s biologically inspired artificial neural networks, which are based on the brain’s adaptability, could control not only power systems, but also other complex systems, such as traffic-control systems or global financial networks.

Working with Venayagamoorthy on this project at Missouri S&T are Donald Wunsch, the Mary K. Finley Missouri Distinguished Professor of Computer Engineering, and Keith Corzine, associate professor of electrical and computer engineering.