The house that Lancey helped build 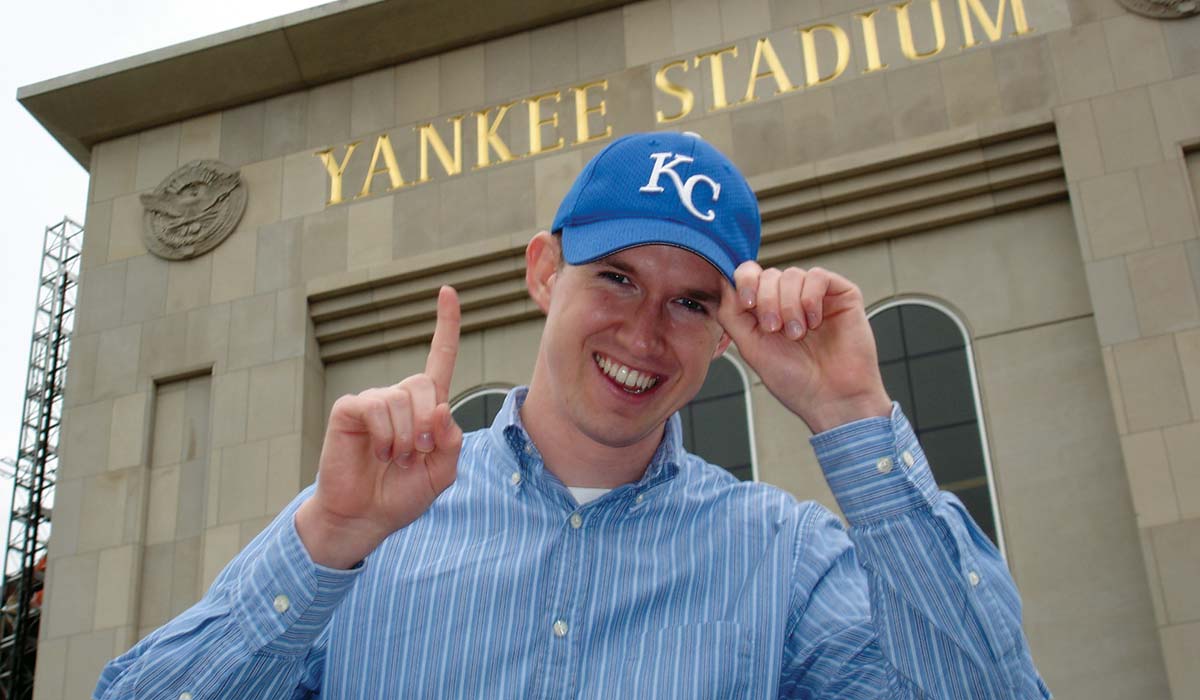 Lancey, ArchE’06, was the on-site project engineer for the construction of the new Yankee Stadium, which opens this April. Based in Kansas City, Mo., he works for Thornton Tomasetti, which provides engineering services to clients all over the world. The firm specializes in high-rise buildings and sports venues. During the past year, Lancey worked on the new stadium project in the Bronx. His daily responsibilities included working with the owner’s representative, the architect, the construction manager and the subcontractors. His primary responsibility was keeping the huge $1.3 billion project on schedule.

Legendary Yankees owner George Steinbrenner has relinquished most of the day-to-day operations of the team to his sons. But Lancey actually met the elder Steinbrenner one day while the new stadium was being built. He says it was a great thrill to meet “The Boss,” who is not to be confused, in this case, with Bruce Springsteen.

“I was one of only a few workers left on site one day when a random call came in that George wanted to see the progress of the new stadium,” Lancey says. “I got to help escort him around the infield. It was the first time he had visited the site since the groundbreaking ceremony.”

All of the concourses at the new Yankee Stadium are significantly wider and taller than they were at the old ballpark, and the number of luxury suites has been increased from 19 to 56. The feel of the place will still be familiar, though. Monument Park, featuring old statues of famous Yankees, has been moved over to an outfield location in the new stadium. And the neatest throwback, according to Lancey, is the restoration of the Yankees’ signature frieze around the perimeter of the infield roof. The original frieze at the old Yankee Stadium was torn down during renovations in 1974.

The new stadium will always be special to Lancey for obvious reasons, but he still has some powerful memories of things that happened at old Yankee Stadium. These memories are mostly influenced by the fact that he is a big Kansas City Royals fan.

“The most memorable event at the old stadium, without a doubt, would have to be the Pine Tar Incident.”

“The most memorable event at the old stadium, without a doubt, would have to be the Pine Tar Incident,” Lancey insists. “There’s never been a more passionate moment in sports than seeing George Brett bolt out of the dugout.”

Thornton Tomasetti is also doing renovations at Kauffman Stadium in Kansas City, but Lancey missed out on an opportunity to work on that project because he was too busy in New York. “As a stadium buff, I’m very excited we’re renovating my hometown stadium,” he says. “I’m happy they’re maintaining the two most unique features, the crown scoreboard and the fountains.”

Lancey has been to 18 Major League ballparks so far. His favorite is Pittsburgh’s PNC Park. He says it’s perfectly located next to the Allegheny River and the Roberto Clemente Bridge. According to Lancey, the stadium’s steel framing is exposed almost everywhere, an aesthetic feature that posed a big challenge to engineers.

You can bet that a lot of engineers will be marveling at the work Lancey and others did to construct the new stadium in New York for years to come. The Yankees won’t be immortalizing a Missouri S&T grad in Monument Park next to Ruth, Gehrig, DiMaggio and Mantle any time soon – but Lancey will always know that this is one very big and very important house in the Bronx that he literally helped to build.