Sensing something wrong with structures 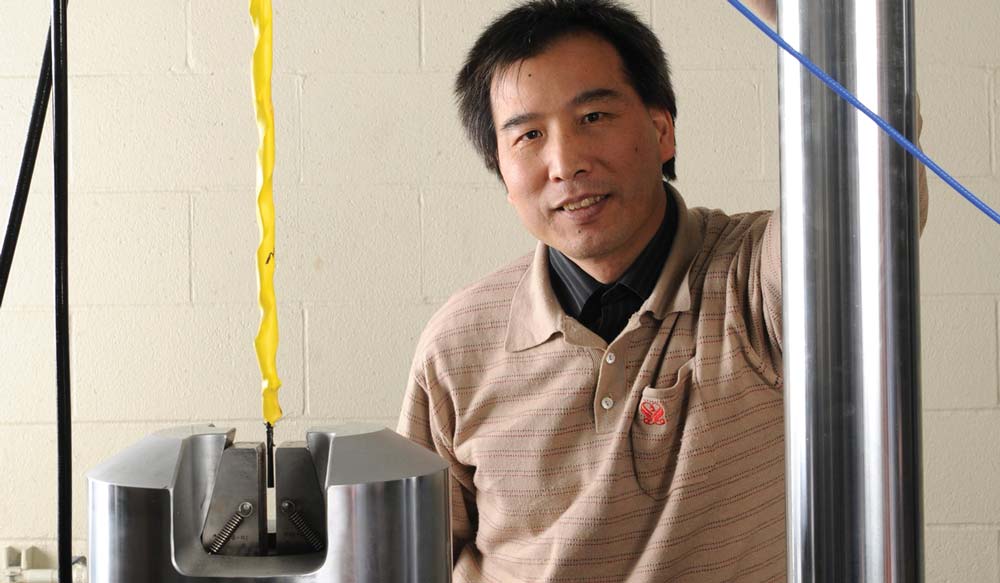 Using a newly patented sensor system, engineers will be able to measure structural damage to bridges and buildings following an earthquake.

The system, developed by Genda Chen, professor of civil, architectural and environmental engineering, and his associates, is rugged enough to survive — and be reliable — even in the harshest environments, and requires little space in a structure.

Unlike previous sensors, which recorded data at a single location, Chen’s sensor uses coaxial cable, making it capable of monitoring damage along a length of up to 100 feet. A pulse is sent through the cable and sends a reflected wave back to a receiver if it finds damage. The magnitude and travel time of the wave help engineers determine the size and location of a crack.

The new sensors are capable of directly reporting data that engineers can use for structural assessment. That information can then be distributed to emergency response personnel in a timely manner, increasing the safety and effectiveness of the response team.

Two of the sensors have been installed on a highway bridge in Missouri. In the future, Chen’s team plans more field testing on bridges and buildings to demonstrate the new technology and train engineers.