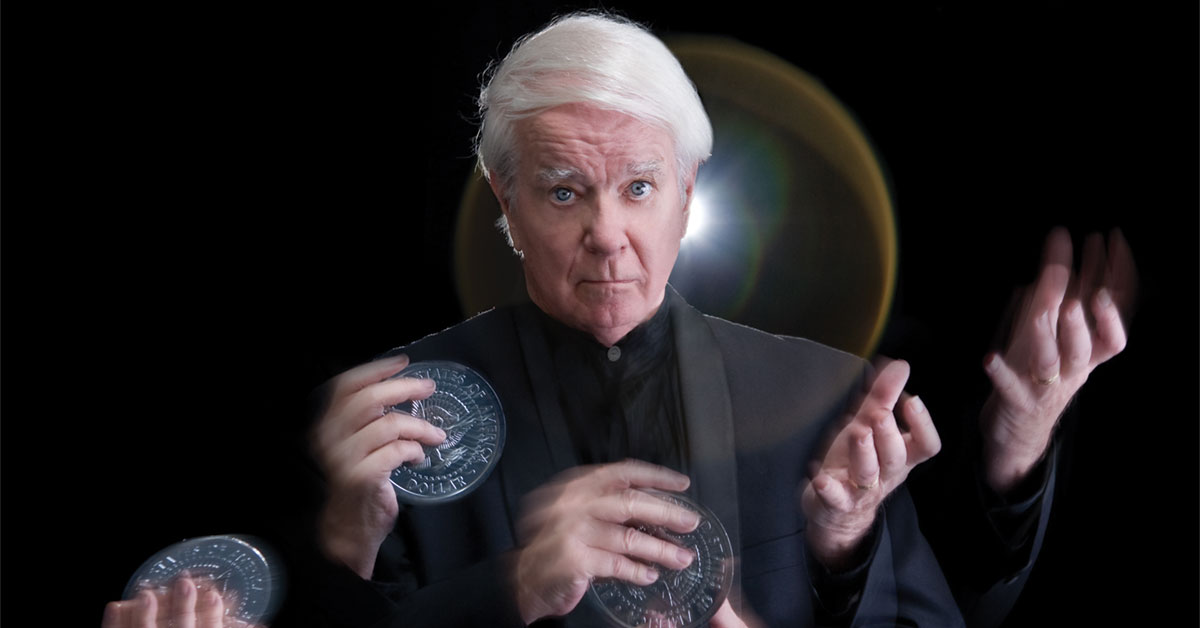 Bob Elliott, MetE’64, was a successful engineer for more than 20 years, but his work as an amateur magician and memory expert, and his generosity to fellow magicians, is what makes him truly remarkable.

Not one for flashy props, Elliott prefers close-up magic using playing cards or coins. He will teach anyone that’s interested. “I’ve found that all kinds of people like to perform magic – doctors, lawyers, clergy,” he says. “We’re all just kids that haven’t grown up yet.”

“I’ve found that all kinds of people like to perform magic – doctors, lawyers, clergy. We’re all just kids that haven’t grown up yet.”

When Elliott was 6 years old, his uncle taught him a card trick and Elliott was hooked on illusion. From then on he performed whenever possible. In college, his Kappa Sigma fraternity brothers dubbed him “Elliott the Great.”

Elliott’s work as a sales engineer for Manville Corp. took him to New York City, where he spent his spare time at Tannen’s Magic Shop, which has been an institution for magicians since 1925.

There he met Harry Lorayne and was invited to teach Lorayne’s now-famous memory improvement course. Elliott taught the course for 10 years, appearing with Lorayne on “The Tonight Show” with Johnny Carson and “The Merv Griffin Show.”

For 20 years, Elliott coordinated magic lecture tours at no charge. He and his wife, Happy, would often transport, house and feed touring magicians. They carry on this tradition of opening their home to guests to this day, and never accept anything in return.

Elliott directed Tannen’s Magic Camp for many years, and continues to attend International Brotherhood of Magicians meetings. A website devoted to him includes pages of anecdotes by those he’s influenced, including David Copperfield and Criss Angel. And on July 22, 2007, San Diego County officials declared an official “Bob Elliott Day” to commemorate his contributions to the community.

He may not have grown up yet, but he’s always extolled the value of education. Young proteges were required to maintain good grades before he instructed them. “Magic has gotten lots of kids into college and many go on to bigger and better things,” says Happy. “They come back to Bob years later and say, ‘Do you remember you taught me my first trick?’”

Elliott has given his time and talent to benefit the Heart Fund, Cerebral Palsy, Make-A-Wish Foundation, senior citizens groups, hospitals, libraries and schools. Although still performing, he maintains he’s no professional magician. “Don’t forget – amateurs built the ark,” he says, “and professionals built the Titanic.”