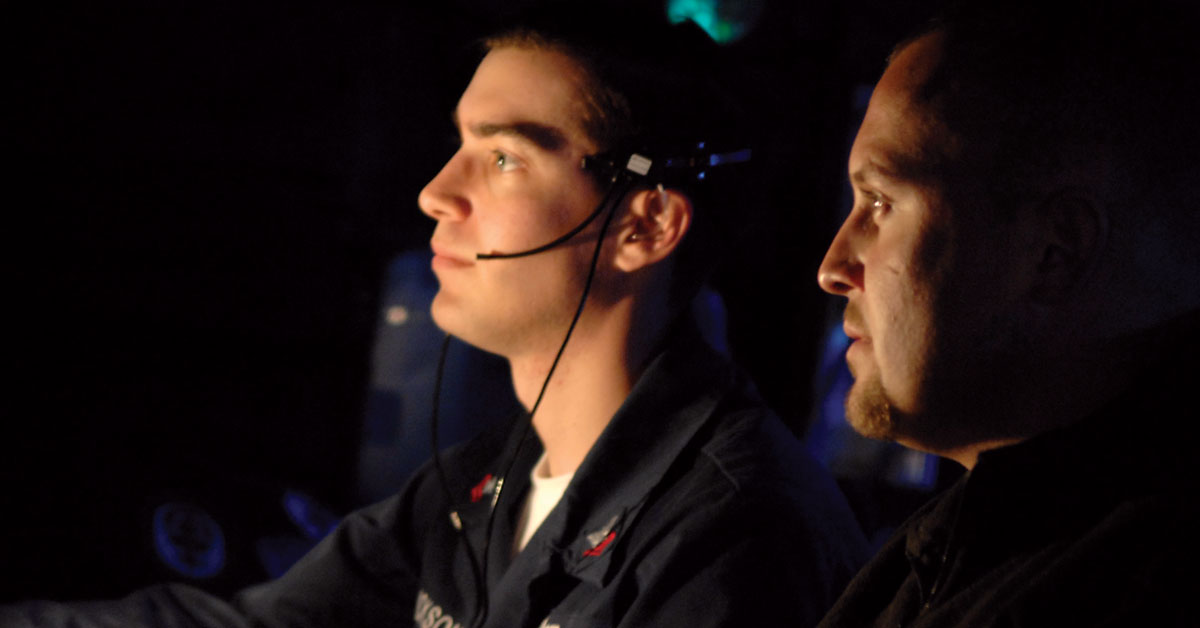 Shooting a spy satellite out of the sky is the stuff of science fiction movies. For Andrew Jackson, petty officer second class in the U.S. Navy, it’s just another day at the office.

Well, maybe not just an ordinary day. The damaged U.S. satellite was carrying toxic fuel. Last February, Defense Secretary Robert Gates made the decision to blow it up into little pieces before the whole thing slipped out of orbit and fell to Earth. Jackson, ECE’03, pushed the button that made it all happen.

“If we would have waited any longer, it would have crashed to Earth.”

Most of the other military members aboard the U.S.S. Lake Erie didn’t even know about Operation Burnt Frost. “Very few people on the ship knew what was going on until they saw it on CNN,” says Jackson, who is originally from the Kansas City area.

Jackson was among those who were critical to the operation’s success. A fire controlman in the Navy, he’s responsible for conducting missile launches. “I’ve done a whole bunch of these,” he later told the Kansas City Star. “But there was a lot more tension this time.”

Typically, Jackson is involved in training exercises in the Pacific Ocean that are associated with ballistic missile defense. He points out that satellites move a lot faster than a normal ballistic missile, and at a much higher altitude with a long trajectory.

Modifications were made before they actually attempted to shoot down the doomed satellite. Jackson says he got the final order to push the button that launched the shot at the very last second.

“If we would have waited any longer, it would have crashed to Earth,” he says.

Instead, the pulverized debris fell harmlessly into the ocean. And, to alleviate concerns around the world that the United States might get into the business of shooting down other countries’ satellites, Jackson says the modifications used for this shot were immediately removed.

When he’s not working and living on his ship, Jackson lives on the island of
Oahu. He jokes that he spends his time “protecting paradise.”

Back in Rolla, as a student, Jackson enjoyed playing video games like World of Warcraft. But he says he doesn’t have much time for video games these days – now that he’s an actual missile commander in the real world.