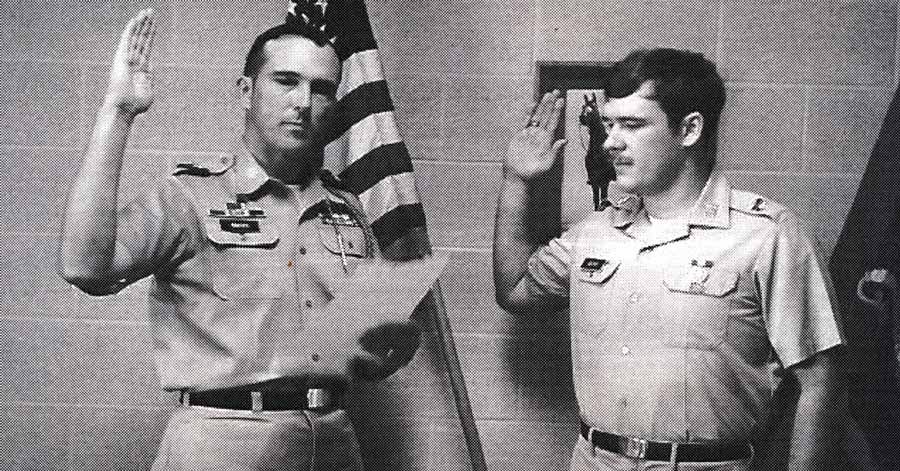 The Battle of Cassino Pass, the first large-scale battle of World War II between the U.S. Army and the German Army, began on a miserably cold, rain-soaked Friday in February 1943.

As Germans advanced, Lt. Jerry Berry, a platoon leader in the 19th Engineer Regiment Combat, and his men – armed with dump trucks and engineering equipment – faced the daunting task of holding back the German forces, led by Gen. Erwin Rommel.

The horrendous three-day battle in Tunisia left the 19th Engineers with 128 casualties, including Berry’s driver, Pvt. Clarence O. Fulton, who lost his life as he manned a 50-caliber machine gun in a foxhole on the line with Berry. Berry went on to serve in major battles in Sicily and Italy, and was wounded at the Battle of Monte Casino.

“I had a deep belief in our country, freedoms we had, and I felt an obligation to do my part.”

Like many veterans of World War II, Berry, CE’49, didn’t share war stories or his photograph collection with his family when he returned home. He stayed in the Army Reserves for more than 20 years before retiring with the rank of major. But it took an additional 35 years for his son, Bob Berry, CE’72, to convince him to share some of those memories. Bob Berry completed the final draft of Crossings, a book detailing his father’s life, shortly before Jerry Berry died in 2005.

“As he would tell me the stories, several really got to him and he would tear up,” Bob Berry recalls. “The 19th Engineer Regiment Combat enabled the U.S. Army to cross minefields, rivers, mountains and deserts all while fighting as infantry when the need arose. Fifty-nine soldiers of the 19th died along the way, including four of his close friends.”

Growing up, Bob Berry remembers seeing his father go one weekend a month to Reserve meetings or spending a family vacation with his father’s unit for “summer camp.”

“One of my most vivid memories as a kid was going to the Officer’s Club at Fort Leonard Wood on special occasions,” he says. “I not only got a kick out of seeing Army trainees in action, but the best part was eating the biggest hamburgers I’d ever seen. But still, there were no war stories.”

Jerry Berry didn’t need to talk about his military experiences to instill a sense of duty in his son. When Bob graduated high school in 1967, the Vietnam War was on everyone’s mind, including his own.

“I had a deep belief in our country, freedoms we had, and I felt an obligation to do my part,” explains Bob Berry. “I went to ROTC for the first two years of school at Rolla and decided to go all the way with it.”

After four years of military service stationed with an engineer battalion in West Germany, Bob Berry joined Burns & McDonnell as a project engineer and manager, eventually retiring as vice president and general manager for the company’s St. Louis operations. But his military way of life never fully left him.

“There are a lot of lessons you’re taught in the military that you still abide by in business. You have to react pretty fast and follow your chain of command. And when the general tells you to tell others to dig latrines, you take yourself and go dig latrines.”