What social media can tell us about COVID-19 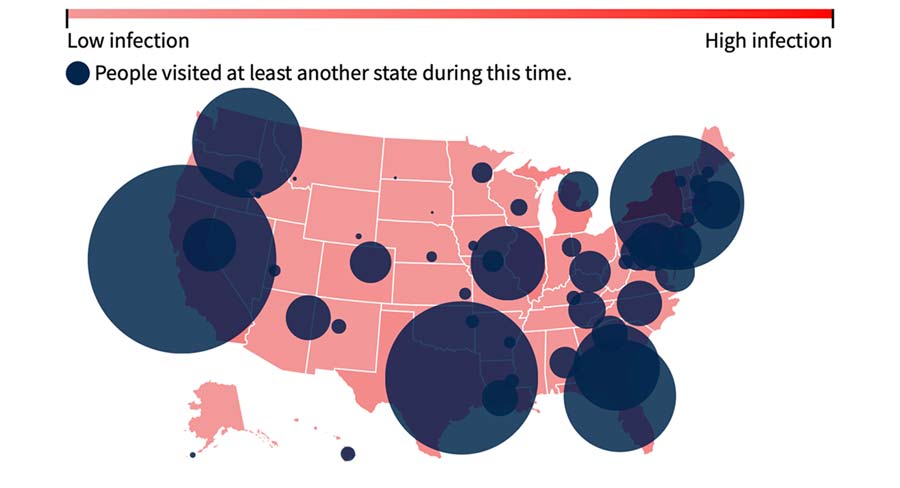 People movement vs number of infections since March 6, captured July 14 from Kabir’s interactive website detailing the information he has collected from his analysis.

As COVID-19 swept across the U.S. and the world, people took to social media with concerns, questions and opinions. S&T researchers analyzed tens of millions of Twitter posts in real time to show the change in attitudes toward the disease.

“We can see how people are reacting to news and officials’ briefings about COVID-19. Are they comfortable, or are they more panicked?” Kabir says. “If we can understand that, we can help officials know how to share news in a way that avoids panic.”

Kabir studied how public sentiment, trending topics and movement compared with the rate of infection. He learned that attitudes changed as the disease continued to spread.

“Early on, many people were skeptical of reports about the seriousness of the disease, and their sentiment was subjective rather than fact-based,” Madria says. “Slowly, they realized this is real, and their outlook became more fact-based.”

Geographical information in the analysis was limited to Twitter users who have enabled geotagging, which helped Kabir collect information by state and track movement between and among states.

Other researchers have developed models to predict the spread of COVID-19, Madria says, but this may be the only project that investigated social analytics for COVID-19 study.

“As we analyze trending topics, we can see how thinking and behavior change over time,” Kabir says. “That can help decision makers because they know how people are feeling.”