What can the naked mole-rat tell us about aging? 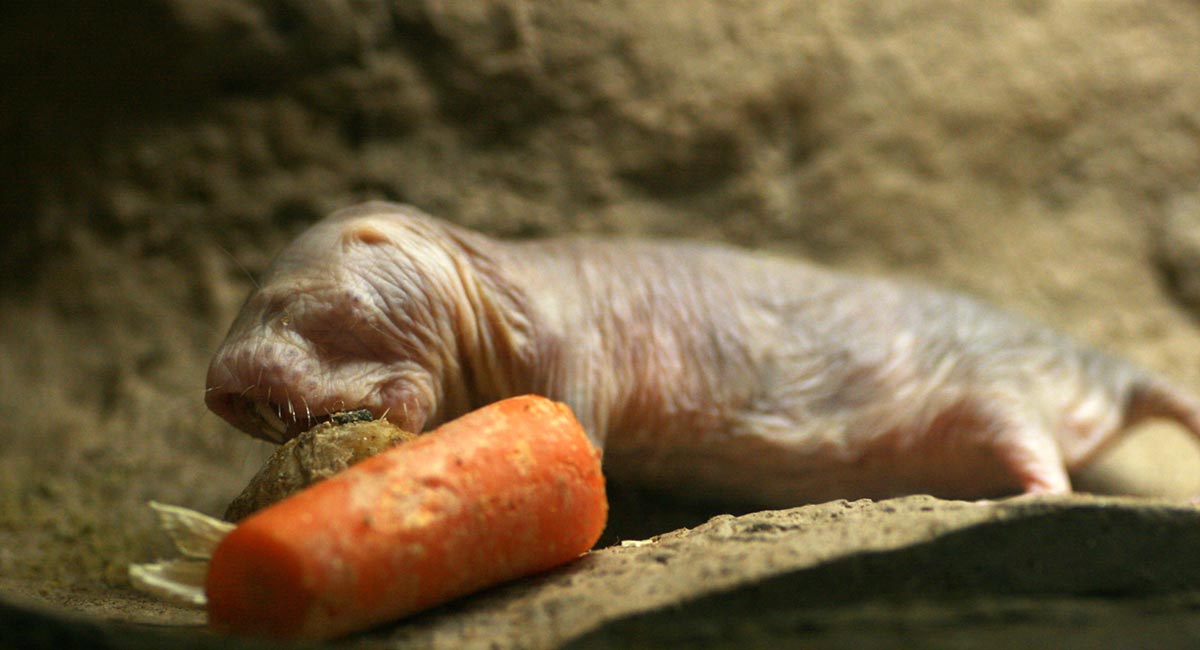 According to widely accepted theories, aging results from accumulated cellular damage caused by the byproducts of oxidative metabolism — the way our bodies burn oxygen to produce energy. Once a certain threshold of oxidative damage is reached, we die.

The theory doesn’t seem to apply to naked mole-rats, which can live 10 times longer with higher oxidative damage than mice of comparative weight.

“The long lifespan of the East African naked mole-rats raises one of the most serious paradoxes in the study of aging,” says Chen Hou, an associate professor of biological sciences at S&T. “And geriatric researchers are asking if the oxidative stress theory is dead.”

Hou and his team developed a data-based theoretical model that estimates oxidative damage accumulation with age. It highlights a tradeoff between the metabolic energy costs of growth versus damage repair. If animals expend too much energy on growth, will less be available to repair their oxidative damage, and will it accumulate? It suggests that high metabolism leads to faster damage accumulation.

The study shows that during growth, naked mole-rats expend more energy than mice, and by the end of their growth, have accumulated greater oxidative damage. It also shows that the low metabolism of adult naked mole-rats significantly slows the speed of damage accumulation to less than that of mice.

Hou says this observation led to his hypothesis that mice have lower oxidative damage than naked mole-rats for a large portion of their life, but the oxidative damage of mice will reach the threshold sooner, which causes them to die sooner. He calls it “the simple answer to the paradox.”

Hou says the discovery that a large portion of lifetime oxidative damage accumulates during growth is especially important for large species, including humans, due to their long growth periods.

“If our hypothesis is proven, the model can become a theoretical framework to learn how differences in children’s developmental traits — such as growth rate, birth-to-adult weight ratio, and the energetic cost of biosynthesis — will affect their adult health and lifespan,” says Hou.

The research was published in the journal Advances in Geriatric Medicine and Research.