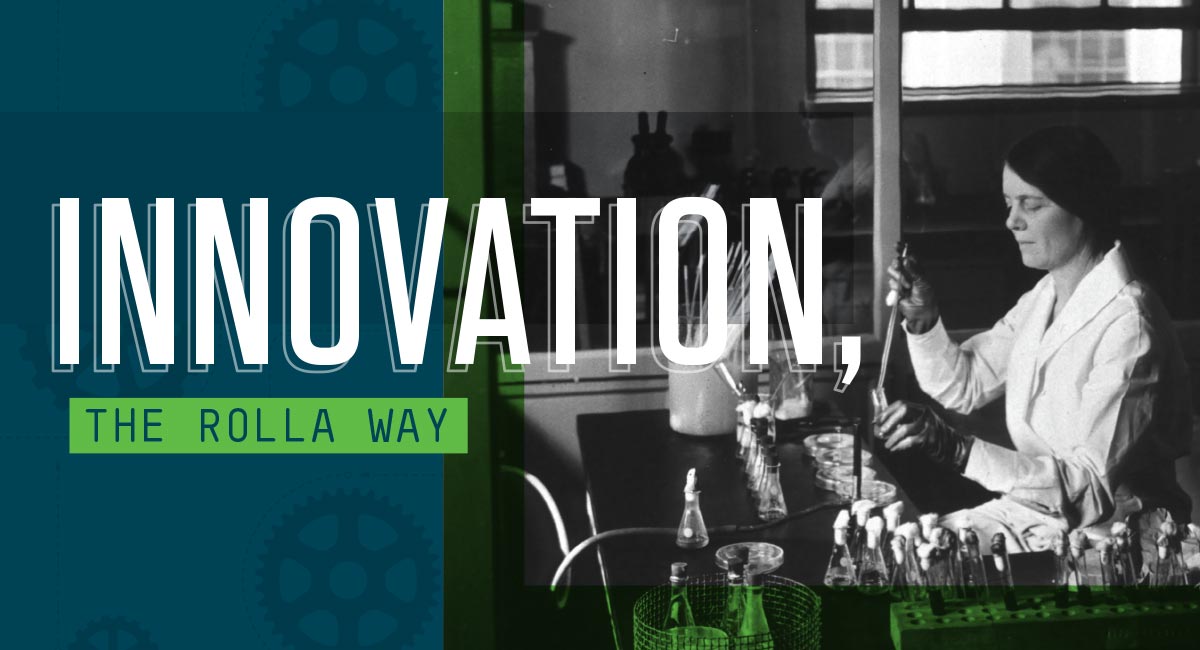 Since our founding, S&T and innovation have been tightly connected. From advances in materials, movies and microloans to wound-healing glass and the Hula-Hoop, Miners have created some of the world’s most significant innovations. Here are some notable achievements of our alumni and faculty.

University of Missouri School of Mines and Metallurgy is founded.

Copper wire made electrification of the U.S. possible in the early 20th century, but it was Daniel C. Jackling, MetE 1892, who made the copper wire possible. Jackling developed a way to recover copper “so cheaply,” notes the Mining Hall of Fame, “it was hailed throughout the industry as a revolutionary achievement.”

The first female scientist in the U.S. Public Health Service, Ida Bengtson came to Rolla in the 1920s to study the bacterial infection trachoma. MSM Director Charles Fulton, delighted to have an “expert bacteriologist” in town, added her to the faculty. In Rolla through 1931, she also worked on a treatment for Rocky Mountain spotted fever.

Until the 1980s, global positioning
systems had no commercial applications. Along came Ed Tuck, EE’53, who developed the first hand-held GPS receiver for general use, the Magellan NAV 1000.

Delbert Day, CerE’58, co-invented a process to treat inoperable liver cancer with radioactive glass microspheres, each one about one-third the diameter of a human hair. The treatment is used at hundreds of medical sites worldwide.

He started out as a florist, but Robert Herchenroeder, MetE’59, is better known for creating Haynes Alloy 188, which was used in engines for the F-15 Eagle and other military aircraft. He earned 36 U.S. patents in his lifetime.

The winner of three Academy Awards for technical achievement, Steve Sullivan, EE’89, developed special effects systems used in dozens of movies, including Pirates of the Caribbean, Avatar and Iron Man.