Hand sanitizer from a whiskey still 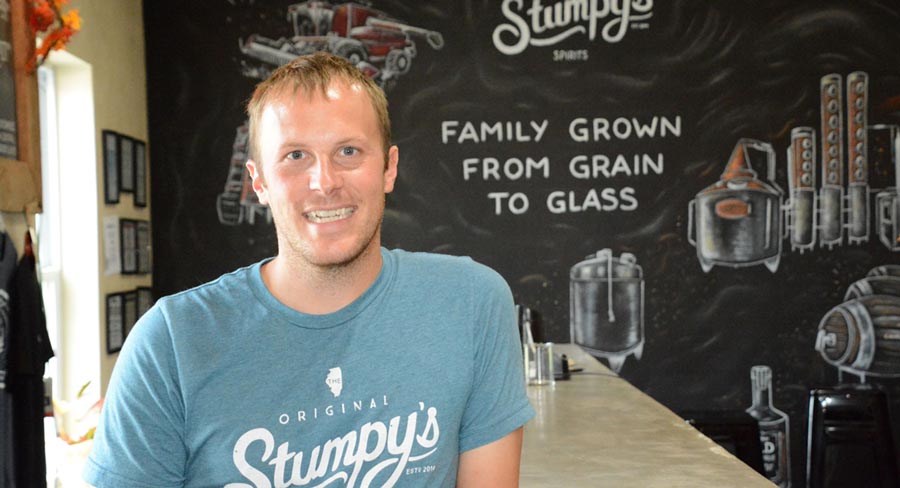 S&T alumnus converts his distillery to help in a crisis

Adam Stumpf, ME’10, was focused on making bourbon, whiskey and vodka at his craft distillery when the coronavirus began to sweep across the United States. His wife and business partner, Laura, soon noticed that hand sanitizer was gone from store shelves. The Stumpfs had plenty of alcohol available, so why not convert the business from beverages to hand sanitizer? Stumpf says it was a no-brainer.

There were hurdles early on. The Food and Drug Administration regulates hand sanitizer as an over-the-counter drug, and production involved lots of rules and paperwork. But a few days into the COVID-19 crisis, the FDA and the Alcohol and Tobacco Tax and Trade Bureau loosened the restrictions.

“Since then, we’ve been going 100 miles an hour,” says Stumpf. “We got so swamped with orders, we had to use our contacts within the industry to bring in tanker quantities of ethanol to supplement the alcohol supply we make ourselves.”

Stumpf says his company, Stumpy’s Spirits, has sent about 10,000 gallons of sanitizer to groups in the St. Louis area, from the court system to hospitals and nursing homes to home health care workers. He says sanitizer production helps stabilize his business.

“When bars and restaurants shut down, we lost about half of our revenue stream,” Stumpf says. “Sanitizer allows us to keep our entire team employed. But we’re not doing this to make a profit. We’re trying to get as much sanitizer as possible to the people who need it.”

Stumpf is hoping to return soon to beverage alcohol production at his Columbia, Ill., family farm. He and his team grow the grain used in their products and manage the distilling process completely on site.

“To my knowledge, Stumpy’s is one of three single-source distilleries in the country,” he says. “We grow every kernel of grain used in our spirits. It’s almost like the Napa Valley of whiskey because we give a regional taste to our product.”

Stumpf learned to make his own beer as a student at S&T, and he has used that experience, plus his mechanical engineering degree, to help Stumpy’s thrive.

“Pumps, valves, fittings, things that move, thermal processes — those are the things that get mechanical engineers excited, and we have all of that here,” Stumpf says. “We designed our own still. It was an experiment in thermal balances and mass flow balances and hydraulic flooding on plates and crazy stuff that I never thought I would use. Sure enough, here I am.”