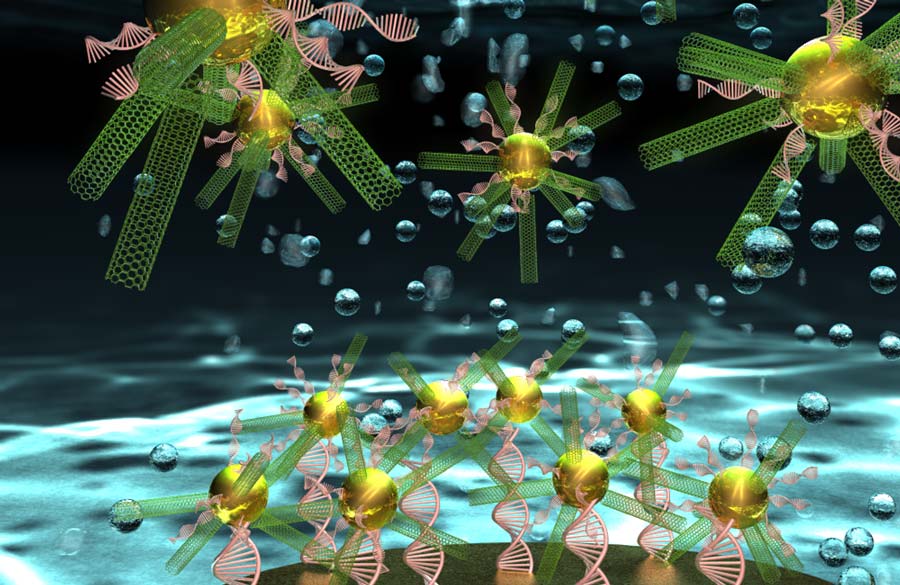 Combining nanotechnology and biomedical diagnostics into a process called nanodiagnostics is helping scientists detect diseases at an earlier stage.

Using the sensor to detect biomarkers linked to disease could allow physicians to diagnose cancer and genetic disorders earlier than current testing methods allow. It could also help monitor patient response to therapies.

Made from carbon nanotubes and gold nanoparticles, the biosensor has a 3-D radial shape much like that of a sea urchin. The researchers say the biosensor generated a remarkable electrochemical response.

“This biosensor could detect the ultralow-abundance nucleic acids in complex biological media,” says Liu. “It was also highly selective in discriminating single mismatched DNA from fully matched DNA. This type of nanodiagnostic system is a potential candidate for point-of-care medical measurements because of its excellent stability and possibility of miniaturization.”

The research, which is funded by the National Science Foundation, was featured on the cover of the April issue of Analytical Chemistry.