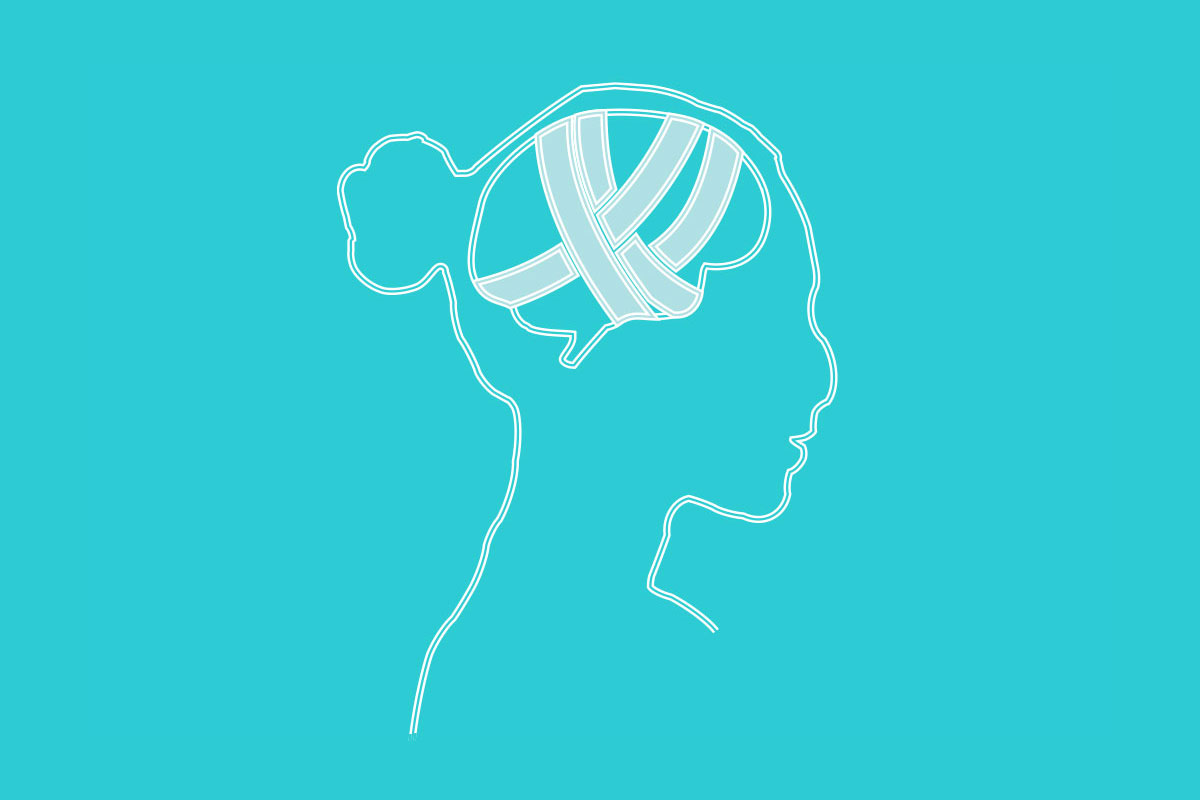 Research keeps professors on the vanguard of knowledge in their fields and allows students to gain a deeper understanding of their area of study.

For students and recent graduates researching traumatic brain injury (TBI) at Missouri S&T, the work is both a passion and a duty.

Barbara Rutter, MS MinE’15, PhD ExpE’19, saw firsthand how blast-induced TBIs occur during her deployment to Afghanistan in 2012 with the U.S. Marine Corps Reserves.

“It got a lot more personal with me since some of the guys I deployed with are showing symptoms,” says Rutter. “This work is all very near and dear to my heart.”

Rutter, from New Llano, La., developed her own equation for calculating impulse — the amount of pressure over time — applied to the brain during a blast. In conjunction with Catherine Johnson, S&T assistant professor of mining and explosives engineering, and researchers at the University of Missouri-Columbia, Rutter created a pressure-versus-impulse graph and defined the regions of mild, moderate or severe TBI in people.

“And from what I’ve found, the threshold is really, really low for brain injury. That surprised and scared me,” says Rutter.

Because TBIs are invisible injuries, she also looks for other physical injuries that may indicate brain injury.

“You can’t physically see a TBI, but other injuries could indicate the presence of one,” says Rutter. “If you have lung damage or ear drum rupture, those are physical indications that you may also have a TBI.”

She hopes military personnel will use her research for faster diagnoses and treatment of TBI on the battlefield.

“I’m making it very easy for the medics to make the quick assessment,” says Rutter. “They will get faster treatment to lessen and even reverse the effects of the brain injury itself.”

Rutter’s ultimate dream is to work on explosives with the ATF — the Bureau of Alcohol, Tobacco, Firearms and Explosives. For now, she plans to stay on at S&T as a postdoctoral scholar to continue her TBI research. Rutter will be looking at the relationship between the occurrence of TBIs to surrounding structural damage in a blast.

Chase Sigler is just beginning his TBI research as a first-semester graduate student in chemistry. Along with a team of researchers led by S&T chemistry research professor Honglan Shi, PhD Chem’10, he is examining different biological markers, called biomarkers, in urine to determine if their combinations could indicate a TBI.

Sigler says the goal of his research is to find a non-invasive method of detecting TBI biomarkers and studying the progression of TBIs.

In partnership with the Leonard Wood Institute and Phelps Health, S&T researchers will collect urine samples from military personnel going through blast training. Sigler will analyze 20 different biomarkers that he hopes will help him quantify the different stages of TBI.

“For example, one of our compounds is glucose, and if you have a high amount of glucose in urine, that could mean you have a TBI, but it probably means that you just ate a hamburger,” says Sigler. “But if we get a whole panel of biomarkers, you will get to see the trends and point us in the direction of TBI.”

Sigler hopes to develop the method to separate the biomarkers in urine and quantify them. He will compare the military patient samples with control samples, and potentially, discover a pattern to biomarkers in people with TBIs.

Sigler, from Bakersfield, Mo., earned undergraduate degrees in chemistry and human molecular biology at College of the Ozarks. The mix of bioanalytical chemistry at S&T fits his interests, he says.

“I came to Rolla because I know S&T does a lot of this cross-disciplinary research,” says Sigler. “I’m interested in that because I’m a chemist, but I’m also a biologist so studying the human body is the best of both worlds for me.”

He also appreciates the chance to help people.

“Being able to serve my country through this — it really makes me feel wonderful,” says Sigler. “I’m getting to contribute to not only the military, but also to human health in general — in making people better.”