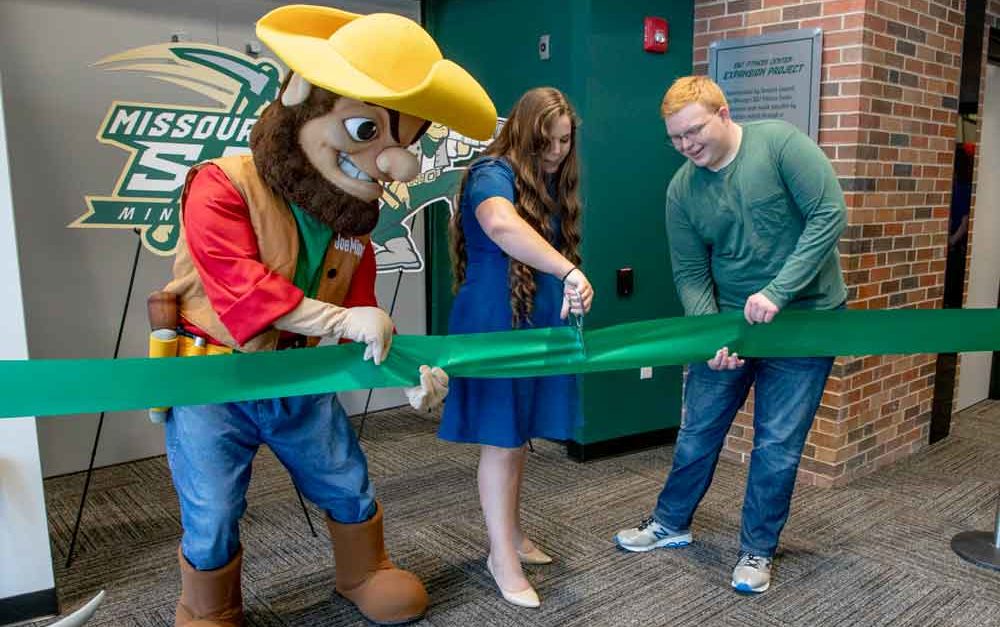 Just in time to work off pre-finals stress, Missouri S&T’s newly renovated fitness center opened in May. The $4 million expansion more than doubled the facility’s footprint — from 6,400 square feet to 16,600 square feet — which allowed the number of fitness machines to also more than double.

S&T Student Council leaders and the athletics department hosted a dedication and ribbon-cutting on April 25.

Former S&T Student Council president Madison Moore, ArchE’19, started working on the project with her council peers when she was a sophomore at S&T.

“This has been one of the best projects that I’ve gotten to be a part of at S&T,” Moore says. “Getting to see this finished project, it really solidifies the value that Student Council is able to add to campus. We get to positively impact our peers.”

In spring 2016, S&T students told Student Council leaders that their No. 1 priority on campus was updating the fitness center. A survey showed 60% of students responding considered it the most important project needed on campus at the time.