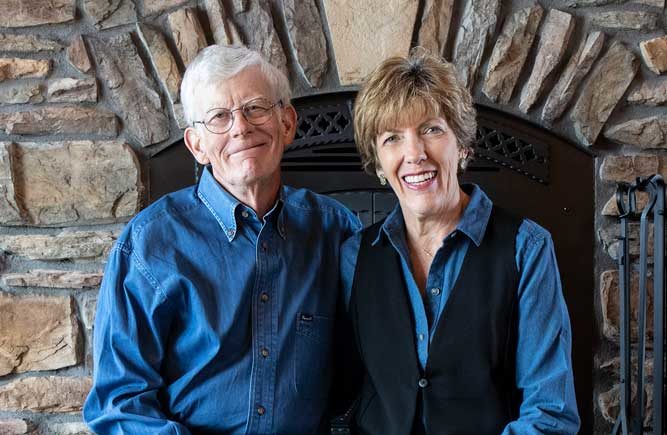 When Joan Woodard, Math’73, was in high school, there wasn’t much exposure to engineering. But that changed when she got to Rolla.

“I had many friends studying engineering,” she says. “I knew that’s what I ultimately wanted to do.”

Now Woodard and her husband, James Woodard Jr., have established a $1 million faculty endowment in electrical and computer engineering. The Woodard Associate Professorship for Excellence will support a mid-career faculty member on the path to full professor by providing research funding and other resources.

“I started at Sandia as a member of the technical staff,” says Woodard, who went on to earn a master of science degree in engineering economic systems from Stanford University and a Ph.D. in mechanical engineering from the University of California-Berkeley. “The work was exciting and cutting edge.”

Woodard’s first project was in energy research, developing a solar thermal electric power generation system. During the assignment, she met a Ph.D. graduate of MIT, her future husband, James Woodard.

“We were working on a $110 million federal investment in the 1970s, so there was a lot of pressure,” says Woodard. “Using our research, the government built a plant to test advanced concepts in power generation.”

Woodard is a member of the S&T Board of Trustees and the Academy of Computer Science. She was recognized among the university’s Alumni of Influence in 2011. The Woodards have two sons who are both Miners, Thomas, EE’06, and Mark, PhD CpE’17.

“Most of the mentors in the program are retired generals, but a handful of us are from other parts of the national security community,” says Woodard, who credits the DOD program with influencing the Woodard Professorship.

“The professorship will support excellent faculty members who teach because they love students, do research because it keeps them at the frontier of their fields, and serve because they are leaders,” she says. “And hopefully the endowment will encourage all faculty on that path.”