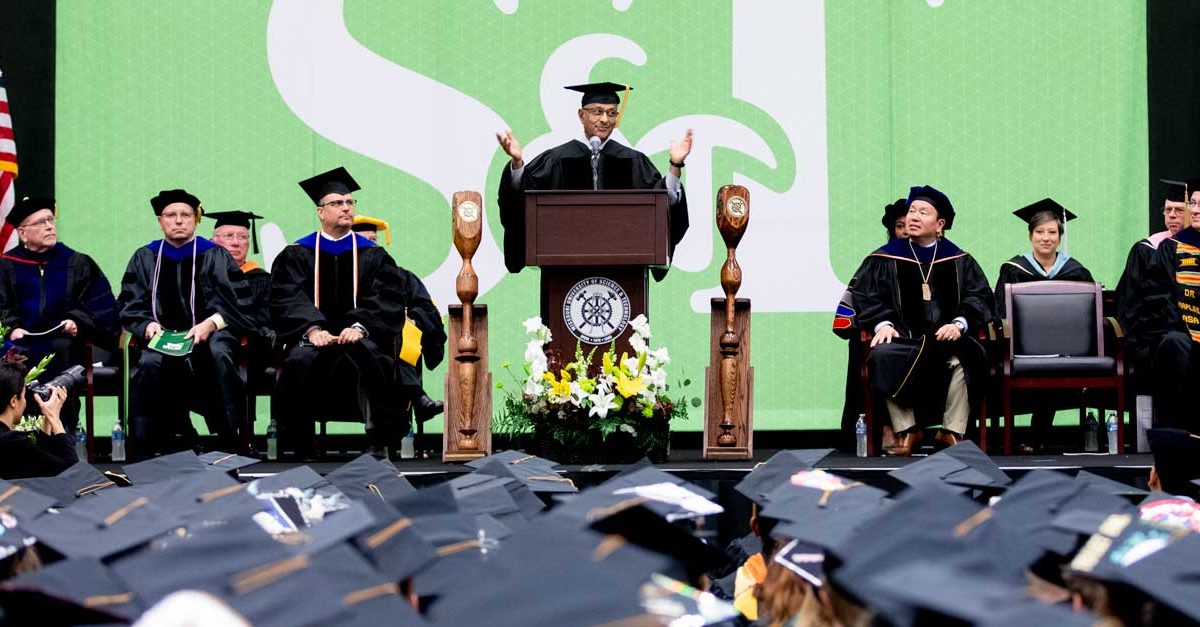 Bipin N. Doshi, ChE’62, MS ChE’63, retired chairman, president and CEO of Schafer Industries in South Bend, Ind., talked to S&T graduates in May about all the ways Missouri S&T has prepared its graduates for success.

“I firmly believe that today you have more chances to make a mark on the world, get greater satisfaction in doing so and receive bigger rewards than ever before,” Doshi told the graduates at S&T’s three commencement ceremonies. “No matter what your chosen area of study was, many rewarding careers are waiting for you. Missouri S&T has prepared you for that.”

Doshi was awarded the doctor of engineering, honoris causa during the ceremonies.