At the forefront of astrophysics research 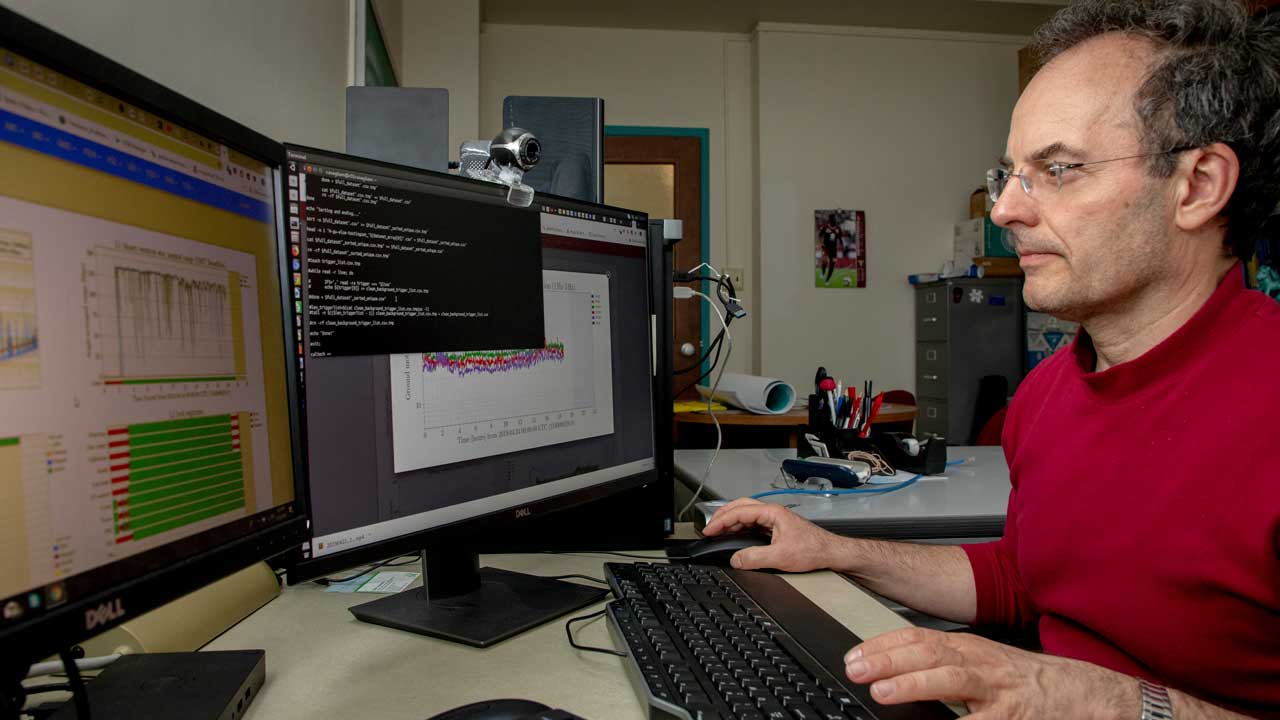 Marco Cavaglia, professor of physics at Missouri S&T, is an expert in gravitational physics and multimessenger astrophysics. His work explores the fundamental physics of gravity using the emerging field of gravitational wave science as a tool for astronomical discovery.

Using two 4-kilometer-long laser interferometers located in Washington and Louisiana, scientists with the Laser Interferometer Gravitational-wave Observatory (LIGO) detected a weak 1.3 billion-year-old signal from the collision of two black holes. The discovery proved the existence of the gravitational waves Albert Einstein predicted in his general theory of relativity.

This past spring, Missouri S&T became the only Missouri university to join the worldwide LIGO Scientific Collaboration (LSC), a group of about 1,300 scientists from 18 countries and over 100 institutions dedicated to finding Einstein’s predicted gravitational waves.

“Space is the frontier of our exploration, and the LSC is at the forefront of astrophysics research,” Cavaglia says. “It is one of the largest, most ambitious projects ever funded by the National Science Foundation (NSF).”

Cavaglia, who joined the S&T faculty in January, is an expert in gravitational physics and multimessenger astrophysics, a new research field that began in 2017 with the first observation of a merger between two neutron stars. Multimessenger physicists study data from gravitational waves, electromagnetic waves and high-energy particles like neutrinos and cosmic rays to make astronomical discoveries about the universe.

In April 2019, LIGO and Virgo, its European observatory partner located in Pisa, Italy, registered gravitational waves from what appears to be a crash between two neutron stars — the dense remnants of massive stars that previously exploded. The next day, they detected a different source that scientists believe resulted from the collision of a neutron star and a black hole — an event never before witnessed.

“This search is different from looking for signals like colliding black holes that can be modeled precisely using Einstein’s theory of general relativity,” says Cavaglia, who leads a team of over 200 researchers from across the world who look for various gravitational-wave signals. “We’re looking for signals of various duration, as well as gravitational waves that originated in stellar explosions or even cosmic strings. While gravitational waves from these sources have not been detected yet, their detection would provide invaluable information about the origin and dynamics of these cosmic events.”

With a grant from the National Science Foundation, Cavaglia plans to continue his LSC work in the physics department at S&T. A newly formed astrophysics research group will have a lab that will include a remote-control room for the LIGO detectors. The group will advance the LSC’s work with data analysis, detector characterization, and educational and public outreach.

“The hunt for the dark side of the universe is on,” says Cavaglia.