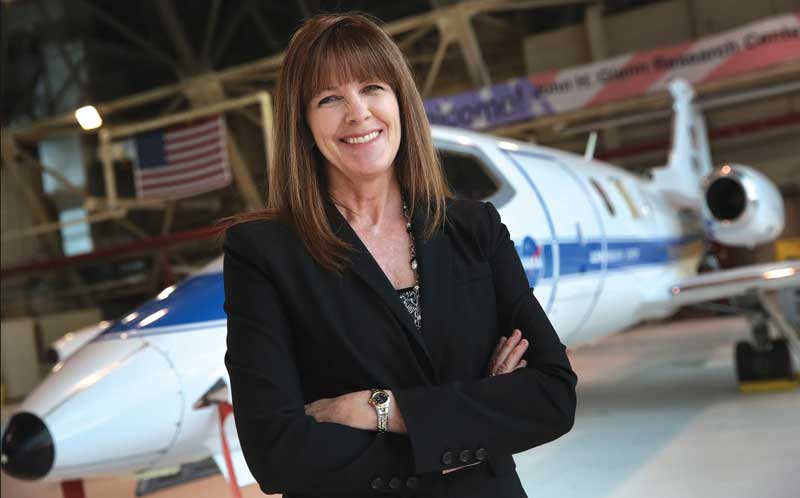 Veteran astronaut Janet Kavandi, MS Chem’82, has logged more than 33 days in space and orbited the Earth 535 times. This spring she was inducted into the United States Astronaut Hall of Fame in a ceremony at Kennedy Space Center Visitor Complex in Florida.