Teaching for the real world 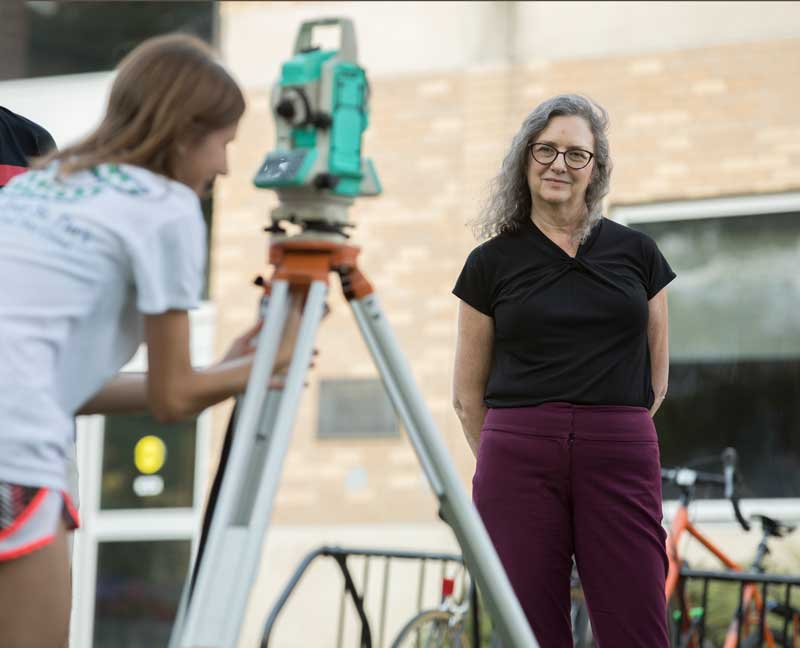 Christi Luks, an associate teaching professor of chemical and biochemical engineering at Missouri S&T, advises the student chapter of the American Institute of Chemical Engineers, the S&T Chem-E-Car Team and Engineers Without Borders.

When you recall your most influential college professors, what comes to mind?

They were the ones who showed a sincere interest in you and the outcome of your education. Their words of encouragement and hands-on involvement helped you find your way and build confidence. They were the teachers who clued you in to experiences that helped you launch into a career or graduate school. 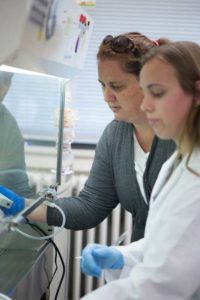 In her biological design and innovation class, Julie Semon gave her students a chance to find solutions to biological challenges with both economic and health benefits.

Julie Semon, an assistant professor of biological sciences since 2014, is one such educator. True to her research interests, Semon teaches courses in stem cell biology, tissue engineering, and biological design and innovation.

Beyond her course load, she mentors nine undergraduates and a graduate student in her regenerative medicine stem cell lab.

Semon recently reconstructed an undergraduate biological design and innovation class that gave six student teams the opportunity to create new approaches to biological challenges that would offer both health and economic benefits. The student teams took their ideas through market evaluations, research designs and cost-of-proof concepts.

“The hands-on, real-life experiences with my students caused me to think differently about taking their learning outside of the classroom,” Semon says.

Her student teams delivered some significant results, including borate dental implants, a high-tech treatment for sexually transmitted infections and an Uber-like, ride-sharing system for home-care nurses. Most of the teams also landed funding or have filed patent disclosures to advance their creations. One team’s prototype is now in test mode at BioSTL in Clayton, Mo.

What started out as a one-semester class for Semon is continuing on as a project follow-up class.

“We’re investigating ways to funnel S&T students into other relevant programs, using what they’ve learned in our program. We’re talking to the medical school at the University of Missouri-Columbia, the Missouri Department of Conservation, the USDA Forest Service and with companies affiliated with S&T’s Innovation Park to help students with startups and support their future goals.” 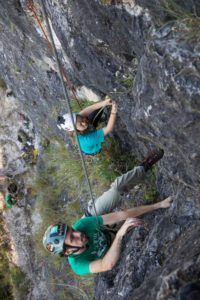 As an assistant professor of psychological science, Devin Burns teaches undergraduate courses in research methods and sensation and perception. He also advises the S&T Rock Climbing Club and uses climbing to demonstrate how we fundamentally perceive the world in terms of how we interact with it.

Devin Burns, assistant professor of psychological science, joined S&T in 2016 and teaches undergraduate classes in research methods and sensation and perception, and a graduate-level course in psychometrics, the science of measuring mental capacities and processes. He appreciates the type of students that Missouri S&T attracts.

“I have found a much greater willingness to learn, experiment and be pushed among the students here than I’ve seen at the other colleges where I’ve taught,” says Burns. “There are a lot of really smart students here looking to get involved in research.”

In his research methods class, Burns’ students coordinated with labs from three other universities on a research project and submitted their results to a peer-reviewed journal. Their finding disputes earlier, third-party research that showed wearing particular kinds of clothing could influence a person’s core cognitive processes, such as attention. The study aggregated Burns’ expertise in research methods, sensation and perception, and psychometrics into a single, comprehensive learning experience.

“I can take the time to tailor projects to different students’ needs, letting each one select a topic that appropriately challenges their ability level,” he says.

Burns grew up in Albuquerque, N.M., where he learned to love the outdoors. Now he advises the S&T Rock Climbing Club. Its outings draw students across all majors and experience levels.

Burns believes the principles of perception and sensation are important for engineers working in computer science and robotics, and he uses the example of climbing to demonstrate how we fundamentally perceive the world in terms of how we interact with it, rather than in objective units of measurement, like feet and inches.

“I love being pushed by my students to explore new topics that they’re interested in that may not be my area of expertise,” Burns says. “I do my best to position myself as a collaborator, jointly confronting new and confusing ideas.”

Luks is a faculty advisor to three student groups: the student chapter of the American Institute of Chemical Engineering (AIChE); the S&T Chem-E-Car Team, which constructs a car powered by chemical reactions; and a sub-team for Engineers Without Borders (EWB).

With EWB, Luks is helping students develop sustainable engineering projects for communities in Latin America. As founder of an EWB chapter at the University of Tulsa, where she previously taught, Luks has managed student engineering teams in small communities in Bolivia, Guatemala and Honduras for 12 years.

“It gives me a chance to really do engineering,” says Luks. “I’m very practical and love forming relationships with the students. I know we will communicate years from now because we’re making a difference in lots of lives.”

Starting her fifth year at S&T, Luks is currently working stateside with the EWB team on an “eco latrine” project to design biochemical methods to process human waste into fertilizer to improve crop yield. They plan to take the project to a university in Nicaragua to further its use in disadvantaged international communities.

“Late at night, in a foreign country, after 110-degree days with no air conditioning, you form bonds with the students,” says Luks. “It is always so great when you see them later and know you helped ground them for success in their field.”