Keeping civil in the family: Bob, Steve and Tom Sieckhaus 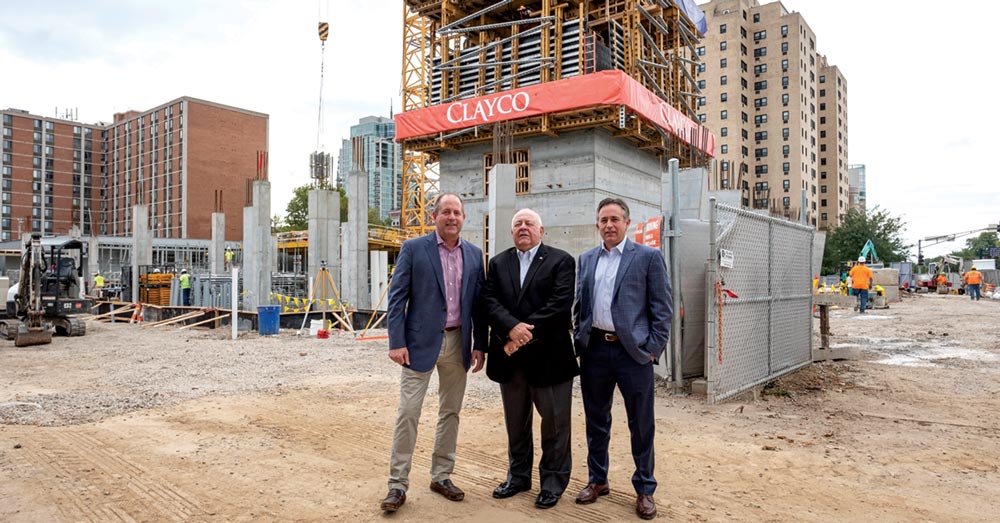 “I never considered anything but civil,” says Steve, chief operating officer and shareholder of Clayco Inc., one of the nation’s largest privately owned real estate and design-build firms. “I remember watching my dad work most evenings at the kitchen table estimating projects. He took us on site visits. My passion for construction was fueled by those visits.”

Tom, Clayco executive vice president and shareholder, shares similar memories. “My father exposed me to industrial job sites growing up, and that fostered my interest in construction,” he says. “I never really considered a different major. Dad was passionate about Rolla and pushed me hard in that direction.”

Like the sons he mentored, Bob, who retired from the Murphy Co. after a 40-year career, credits civil engineers with inspiring his passion for the profession. As a 17-year-old Army recruit at Fort Leonard Wood, Bob joined the 18th Engineering Brigade.

“I was quartered with a bunch of college graduates who were civil engineers,” says Bob. “They took me under their wing. After that, I pretty well knew I wanted to be a civil engineer. Logging many miles on old Route 66 (between St. Louis and Fort Leonard Wood), I always noticed the Missouri School of Mines signs in Rolla. I took this as a sign that was where I needed to be.”

The Sieckhauses have been making trips from St. Louis to Rolla ever since. All three are members of the Academy of Civil Engineers and return to campus for meetings. In April 2018, they were recognized by the academy for their philanthropic leadership in supporting a major S&T project, the Clayco Advanced Construction and Materials Laboratory, with a $2 million donation from Clayco. The new lab marks the final phase of a $10.5 million initiative to strengthen S&T’s leadership in infrastructure engineering.

“Clayco was pleased to make a major investment in this project,” says Steve. “Many of our construction professionals are civil engineers who graduated from Missouri S&T. We have benefited as a company from the great education the university provides.”

“We believe the lab will be a difference-maker for the university,” says Tom. “And the research conducted there will affect the daily lives of millions for generations to come.”