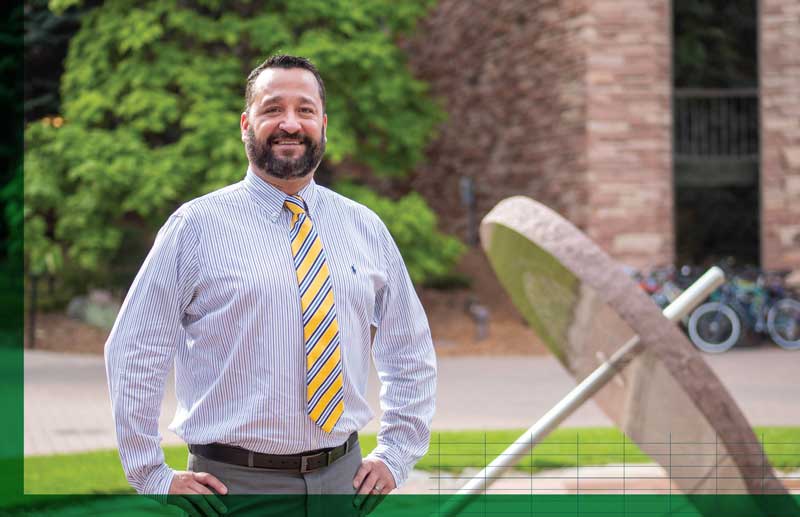 Never underestimate the power of a protest song. It might not spur everyone to join a cause, but it can influence people in unexpected ways.

The song and DeWitt’s teaching “really made the time period in history come to life,” says Villanueva, who was planning to become a history teacher after graduation. “Many of the discussions in class went far beyond what I learned during my K through 12 education, and I realized that I did not want to feel restricted as an educator. I wanted to have critical conversations with students that might even become controversial.”

Now an assistant professor of ethnic studies at the University of Colorado Boulder, Villanueva is not shying away from controversial topics. His 2017 book, Lynching of Mexicans in the Texas Borderlands, examines the mob violence against Mexicans between 1910 and 1920. Those were the years of the Mexican Revolution, when refugees flooded into the United States.

“The Mexican Revolution destabilized the borderland and intensified Anglo fear and suspicion of ethnic Mexicans,” Villanueva writes in a chapter on the “legal” lynching of a Mexican boy who was under the legal age for execution. “The destabilization led to an increase of hostile campaigns directed against ethnic Mexicans, and these crimes often went unpunished.”

Villanueva’s book received critical acclaim, including the National Association for Chicana and Chicano Studies 2018 Non-Fiction Prize and a 2017 Southwestern Studies Book Prize from the University of Texas and the Border Regional Library Association.

In addition to DeWitt, Villanueva credits three other history faculty for preparing him for an academic career: his undergraduate advisor, Curators’ Distinguished Teaching Professor Diana Ahmad, whom he acknowledges in his book; current department chair Shannon Fogg, for setting up an independent study course that “helped me realize how much work is involved in graduate studies”; and Larry Gragg, Curators’ Distinguished Teaching Professor emeritus, who “stressed the importance of a strong writing sample for my (graduate school) application.”

“You can say that this department took me under its wing and really wanted to see that I succeeded,” he says.