How many blasts can a mine seal take? 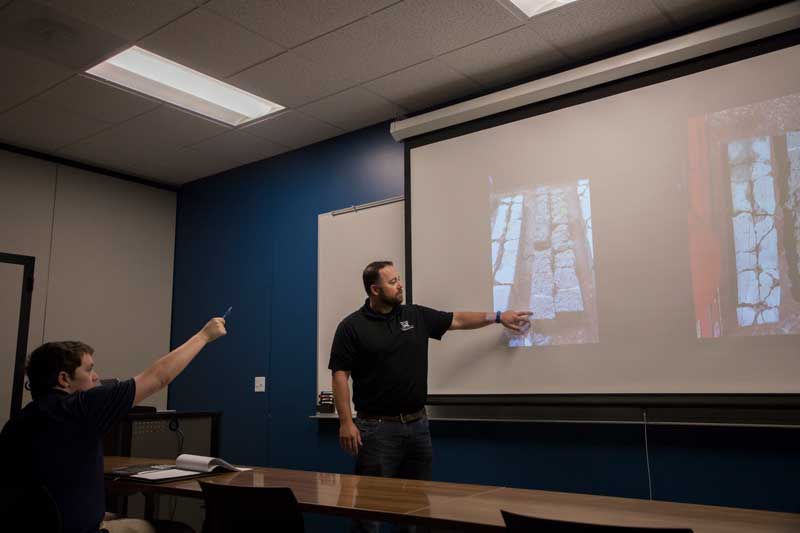 Kyle Perry (right) is building a cannon to blast things like concrete blocks, hard hats and roof bolts at concrete seals in coal mine tunnels, all to test how well those seals withstand high-speed projectiles.

His work could lead to improved seal design, which translates to safer coal mines.

“We’re going to build an explosively driven projectile generator, and basically what that means is a big cannon,” says Perry, an assistant professor of mining and nuclear engineering. “It will be 10 to 20 feet long. We will add explosives, concrete blocks, hard hats, roof bolts and other materials that could be left behind in a mining tunnel, and we’ll throw that at a seal.”

Through these tests, Perry hopes to determine the size and speed a projectile would need to travel to damage the seal.

Perry is working with Strata Worldwide, a mining safety services provider in Atlanta, to build two concrete seals like the ones in active coal mines for the project at the Experimental Mine.

“We will be building two seals — one 120 psi and one 50 psi, and then Kyle will do his best to destroy them,” says Mike Fabio, senior development engineer at Strata.

S&T received a $249,000 grant from the Alpha Foundation for the Improvement of Mine Safety to test seal integrity in underground tunnels that miners close off after finishing with them. The S&T mine was chosen because of its large-scale testing facilities and expertise.

“Damaged seals could start leaking methane into the active portion of the mine,” says Perry. “That could become an explosive mixture and would be dangerous for the miners.”

The S&T seal testing started in August 2018 and should be complete by April 2020.