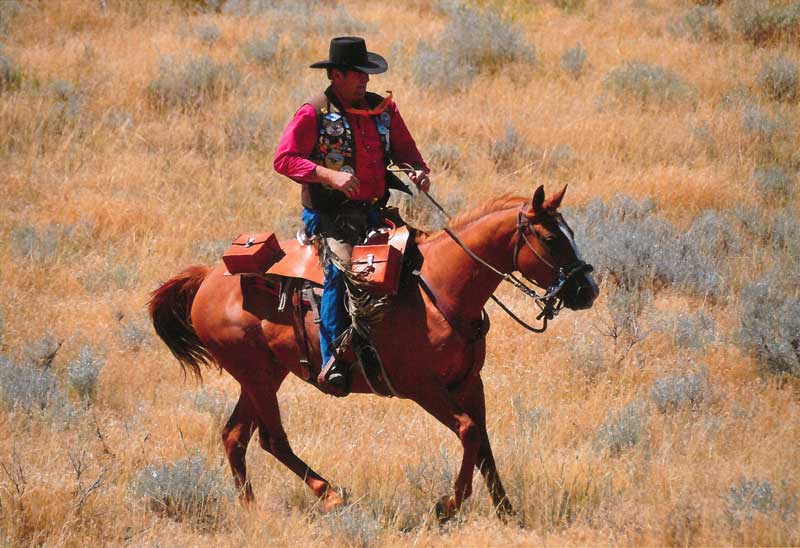 Leslie Bennington, ME’68, took part in the National Pony Express Association’s 2018 spring 10-day ride, which covered 2,000 miles between St. Joseph, Mo., and Sacramento, Calif. Each year, hundreds of association members re-ride the over-150-year-old Pony Express route on horseback, traveling through eight states. They pass off a mailbag — called a mochila — to each other at each stop.

Bennington has been involved with the association for 38 years, serving as past national president and as of spring 2018, Wyoming state division president.