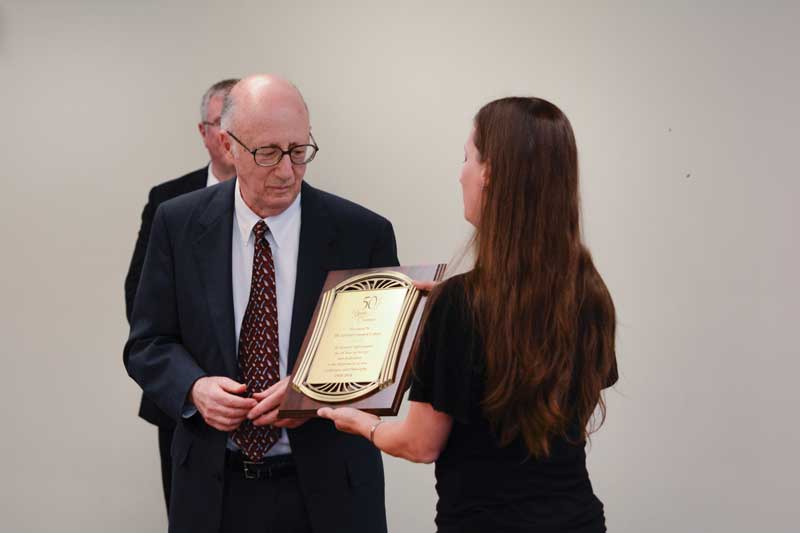 In 1968, Yale University announced it would admit women for the first time, Martin Luther King and Robert Kennedy were assassinated, and young people were grooving to The Rascals’ hit “People Got to be Free.”

On Sept. 1 of that same year, Gerald Cohen and Gary Long joined the S&T faculty.

“I’ve seen the good times and the not-so-good times,” says Cohen. “In 1968 only one or two women and African-Americans were enrolled here. I’ve seen the dramatic increase in female and minority students on campus that helped develop S&T as a full-fledged university.

“Good teachers must be deeply committed to the students, and they should be in love with their subject,” says Cohehn.

“Students who have never studied a foreign language bring an element of fear to the course. Foreign language teachers must teach in a way that strengthens the student’s self-confidence.”

Long, a professor of chemistry, began his S&T career teaching general and inorganic chemistry courses to undergraduates and graduate students.His contributions in physical chemistry and chemical physics include research using the Mössbauer effect, the atomic process where a nucleus emits or absorbs gamma rays without losing energy by recoil. His recognition is based on his S&T laboratory’s nearly 400 internationally published scientific papers on the topic.

“The best teachers are doing research, and the best researchers are always teaching,” says Long.

For the last decade, Long has taught graduate students through his inorganic chemistry lectures. He also teaches students best practices for a successful scientific career, such as how to prepare graphics that are acceptable for publication and how to prepare and convincingly present research at conferences.

“I enjoy teaching a lot, and I enjoy doing it right,” Long says.