Recruiting the next generation 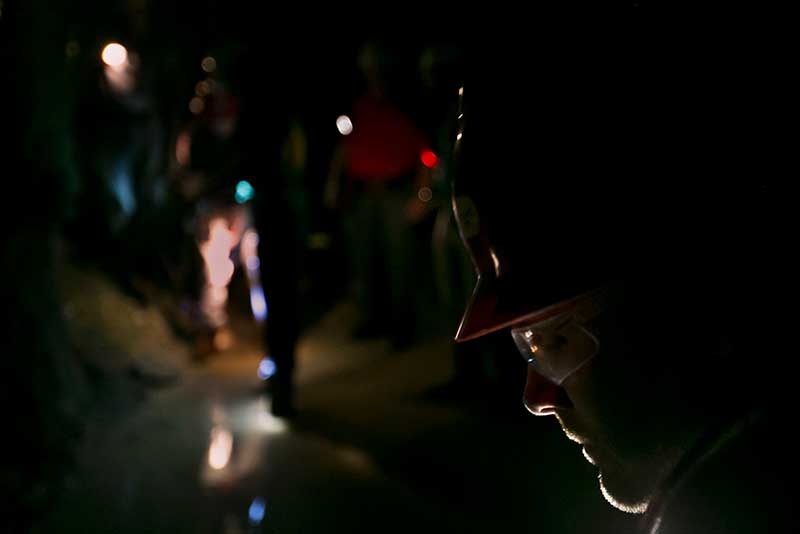 S&T’s leadership in explosives has been accelerated by many factors, but only one is raising the program’s visibility among a key demographic: 16-, 17- and 18-year-olds.

This past June, S&T completed its 32nd session of Explosives Camp.

Worsey says the camp grew out of the Jackling Introduction to Engineering, a summer camp designed to give high school students an idea of what a career in engineering is all about. Some campers returned to campus for a research session with a faculty member.

“Three kids wanted to come back to do mining research,” Worsey says, “but most faculty were gone for the summer. Larry Grayson, our chair at the time, asked me to take them to the mine and show them explosives.

“We did all sorts of things, fun things as well, and at the end of it they were so enthralled, and they said we should offer a whole camp on explosives engineering.”

“Our motto has always been ‘because we can,’” says Worsey. “We’ve been ahead of the curve in what they call experiential learning for years.”

Maggie Hettinger, MinE’10, MS ExpE’15, and Matt Turner, MinE’11, can attest to the recruiting power of that motto. They both attended Explosives Camp as high school students and both returned to S&T to earn degrees.

“My camp experience definitely influenced my decision to major in mining engineering,” says Hettinger, now a drill and blast engineer for Barrick Gold of North America. “Handling explosives and being that close to the action was exciting.”

Turner arrived at camp with an injury that exemplified a classic object lesson in explosives.

“I blew out my eardrums the week before camp playing with oxygen-acetylene balloons on our farm,” says Turner, a mine engineer for Doe Run, which offered two full scholarships to Explosives Camp this past June. “The importance of safety was stressed during camp and yes, earplugs are definitely a part of safety training. Before attending camp, I had no idea what I wanted to do for a career. After camp, I had no doubt!”

Worsey says Explosives Camp began as a hands-on program and has gotten even more so over the years.

“The whole camp is a smorgasbord of explosives and things that go boom and fizz,” Worsey says. “At the end of the week, campers set up a pyrotechnics show for their parents,” as the photo above depicts.

“They come in excited about blowing everything up,” Worsey says. “But they leave understanding how to do it safely and why it works.”