Meet me in Afghanistan 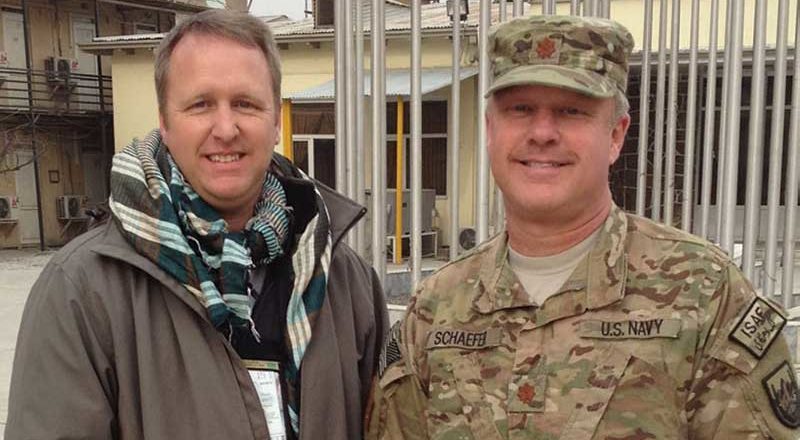 Brothers Kevin Schaefer, EE’96, and Jeff Schaefer, EE’98, met in Kabul, Afghanistan, in 2017 for the first time in five years. Both worked on separate ongoing projects to improve infrastructure and advance the country’s sustainability.Kevin is a contracted electrical engineer for the International Security Assistance Force (ISAF), the NATO-led mission in Afghanistan from 2001 to 2015.

Jeff, a Reserve Navy Officer on his second deployment to Afghanistan, is an electrical program manager.