A legacy in mining 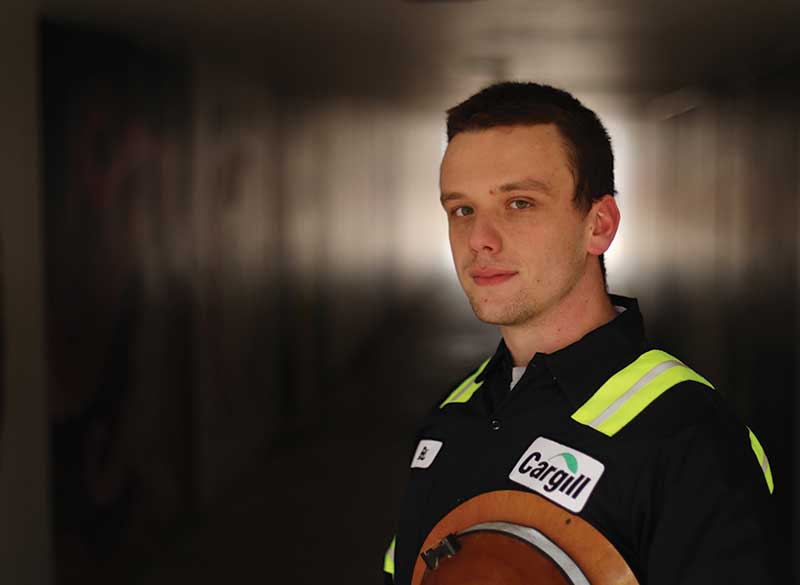 For the Rychtarczyks, engineering is a family affair spanning centuries and oceans.

Rychtarczyk’s father immigrated to the United States from Maniowy, Poland, at age 7. The small farming town and surrounding coal mining communities were flooded to expand a local reservoir, and the residents had to relocate.

“Many families moved to Chicago, which is where my dad ended up,” says Rychtarczyk. “There is still a large Polish population in Chicago, and they have a yearly celebration downtown to gather the families who used to farm or work in the coal mines.”

This past spring, Rychtarczyk held a co-op job at Cargill Deicing Technology in Cleveland, Ohio, where Cargill mines and manufactures salt for food, water purification and roads.

For someone who grew up in the small town of Plainfield, Ind., the sheer size of the Cargill facilities, equipment and salt mine was awe-inspiring.

“The first time I went underground beneath the Great Lakes, I was 1,800 feet from the surface, and I never wanted to leave,” says Rychtarczyk. “One of my first major projects at the co-op was to figure out how to renovate and replace a service cage that goes up and down the shaft at 500 feet per minute.”

Salt corrodes metal, which is a problem in salt mines where corrosion affects mining equipment. Corrosion repair is costly and can disrupt operations.

“It was my responsibility to figure out how to get this massive unit modified. It was a big engineering problem getting the new prefab service cage into the shaft itself,” says Rychtarczyk, who draws inspiration from his family’s history and wants to contribute to its mining legacy.

“Polish mines are regarded for their beauty — some are even tourist attractions — but they are not the safest, and they are not efficient,” says Rychtarczyk. “My goal is to become well-versed in salt mining — underground and the surface components — so I can help improve the safety of the workers in Polish salt mines while also improving their production.

“This is my way of giving back.”