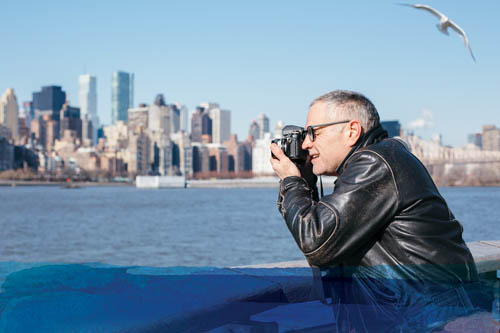 In junior high school, Greg M. Stowell, ME’85, MS ME’87, was forced to take an art elective. Stowell remembers spending the next year learning the basics of film-based photography — shooting, processing and printing photos in a traditional darkroom.

He even remembers his instructor’s name, Mr. Pippins. He didn’t realize when he chose the class that he had stumbled upon a lifelong passion.

During the week, Stowell installs home theater systems in homes and businesses on the Upper East Side of Manhattan. When he’s not at work, he’s taking photos.

“Nowadays, the camera accompanies me almost everywhere I go on days off,” says Stowell. “My favorite 35-millimeter hangs off of my shoulder and helps me capture any scenes or interesting objects that I spot throughout the day.”

Stowell shoots “street photography,” a genre that covers whatever catches the photographer’s eye, such as random encounters at public places. This “mix of everything,” as Stowell calls it, requires minimal equipment and no formal studio.

Stowell says his favorite recent project was an “assignment” given to him by his great niece Ella, who is in the third grade. Students in her class made a “Flat Stanley” of themselves and Ella sent her creation to the Queens resident so that it could visit New York. Stowell traveled to tourist locations with the cardboard doll and posted pictures of it on his photography blog. 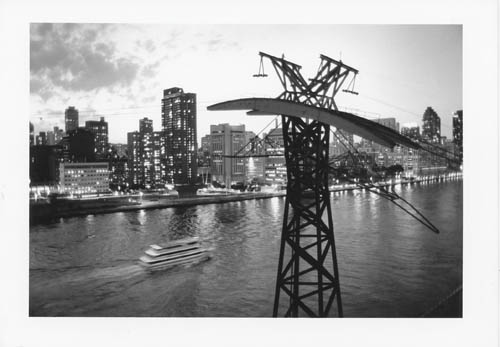 “After living in New York for almost two decades, you become a little jaded and shy away from the typical tourist locations,” says Stowell. “But it was actually a blast! People were responsive, generous and even willing to help out with the project wherever I went. It was special to me because I was helping my niece, it made the city new to me again, and I found fun with my phone and its digital photography.”

If you happen to be in the Big Apple, you may be able to see some of Stowell’s photography in local exhibits. He was featured as a part of the “Et Tu, Art Brute” show at the Underground Andrew Edlin Gallery in January, and he has standing exhibitions at Lety Bakery and Café in Jackson Heights, N.Y., and Dorian Café in Long Island City, N.Y.