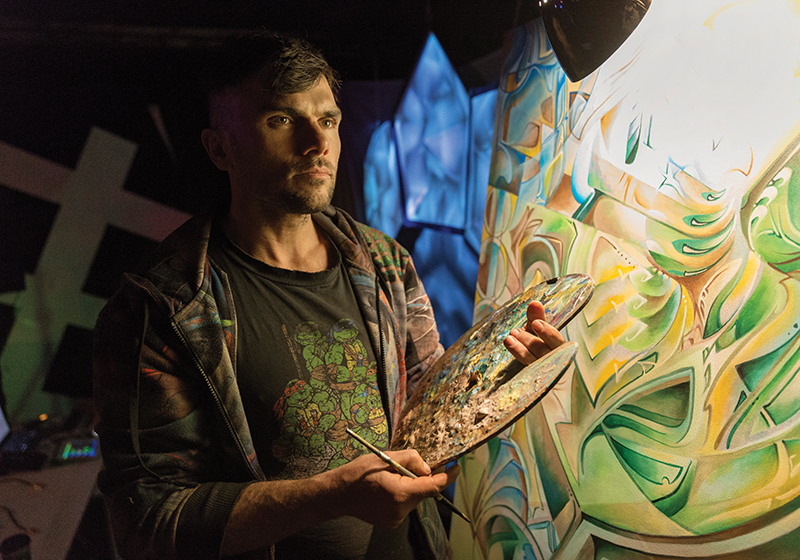 Derek Carpenter was ready to move to Colorado and begin his career when life came to a standstill in December 2012.

On a routine checkup, Carpenter, ME’12, was diagnosed with Hodgkin lymphoma. He went through eight months of treatment that kept him often bedridden, and often in debilitating pain.

“I had a lot of time to step back from all my plans,” says Carpenter, manager of the structures laboratory at the University of Colorado in Boulder. “And that’s when I started drawing a lot.

“In life, we carry around a lot of plans and intentions,” he says. “They were all kind of taken away from me. It was a blessing, in a way, because I got to look at life from a more fundamental perspective and spend a little more time with myself in a vulnerable place.”

Out of that period came Art of One, an artistic organization through which Carpenter connects to the world, and with his spiritual side. 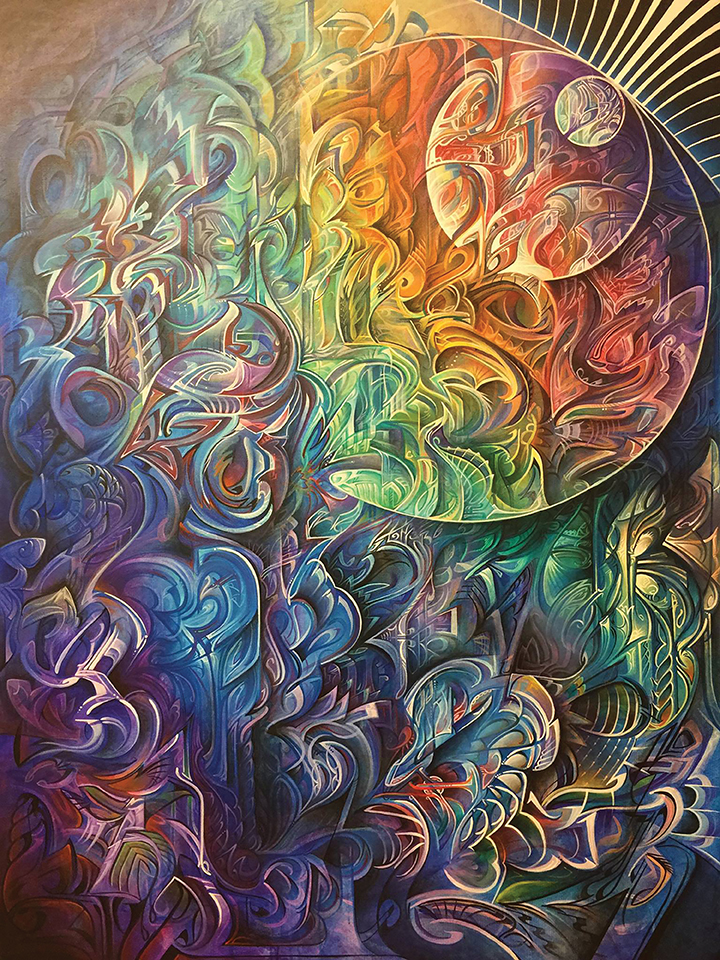 “Meditation and spirituality arise naturally from periods of suffering and wanting to know answers. Art of One is a reflection of all that,” Carpenter says.

Carpenter says his Missouri S&T education added structure and discipline to his work. And his engineering background informs his artistic style.

“I’ve found that art and engineering can be synergistic,” he says. “The discipline of keeping your mind performing as an engineer is just good for life, in general. It keeps your mind healthy, and your body healthy.”

Carpenter has a robust social media presence on Instagram and Facebook, with almost 70,000-plus “likes” at facebook.com/artofone.

Carpenter plans to continue to make art on the weekends and in his free time. He sells his artwork on his website, where he also sells men’s and women’s apparel featuring his visionary designs. He donates all of his profits to charitable causes like Eco-Cycle Inc., a center in Boulder that processes recyclables, and Canine Partners of the Rockies, a group that trains service dogs and helps get them to people in need.

But he’s not quitting his day job.

“The universe has invested a lot of energy to make me an engineer,” Carpenter says. “I feel like it’d be irresponsible to get that education and only pursue it for a short while.”