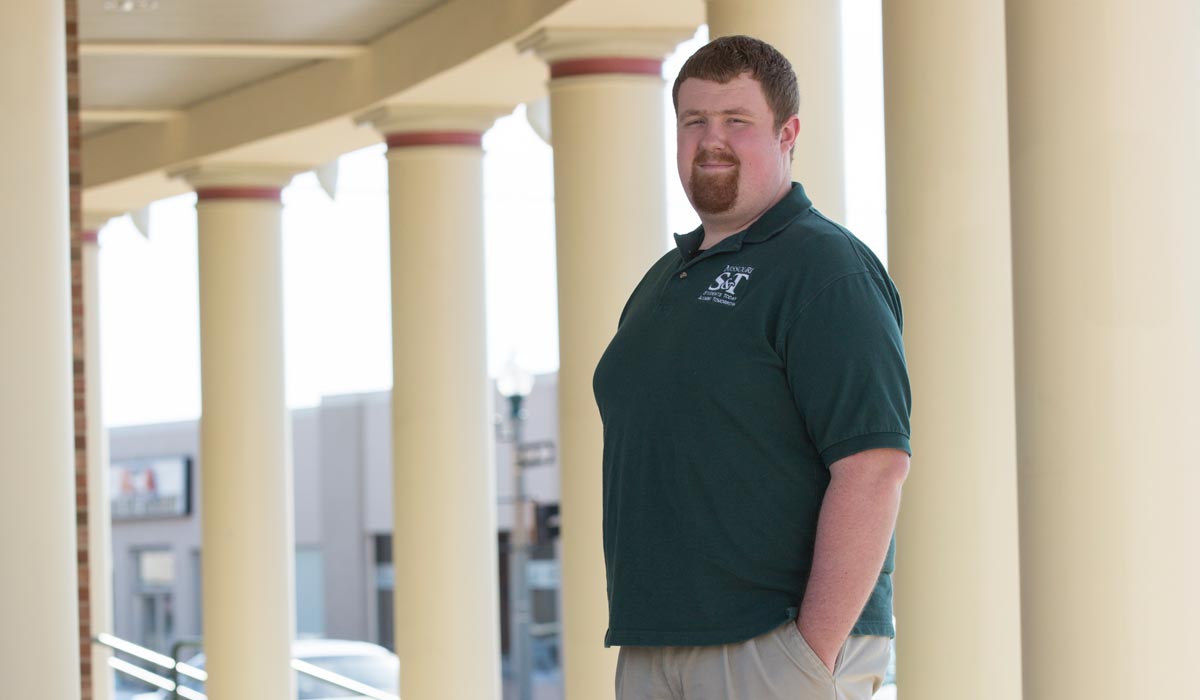 When Travis McVey came to Missouri S&T he knew he wanted to get involved. The petroleum engineering senior found the type of involvement he was looking for with STAT (Students Today, Alumni Tomorrow).

Beginning in the fall of 2016 McVey moved from active membership to leadership as STAT’s executive board president.

“This year we decided we wanted to really improve the way the organization was run,” he says. “We wanted to take more responsibility for planning and organizing meetings and speakers.”

“In the past our advisor, through the alumni association, handled most of the behind‑the‑scenes work. They did the budgeting, contacted the speakers, and set up all the food,” he says. “Now we’re trying to put more of that responsibility on ourselves. Our treasurer is in charge of contacting speakers or alumni and asking if they would be interested in giving a presentation.”

McVey has been involved with STAT since his first semester at Missouri S&T in 2013. Once he finishes his degree in the fall of 2018 he knows what he hopes his legacy will be.

“The thing I would like to be remembered for is being one of the first groups to start taking responsibility as executive officers, the first group that started being a more self-sufficient organization,” he says.

In his four years as a STAT member, McVey has seen the impact of Missouri S&T’s alumni. He would like for those contributions to be better known around campus.

“I believe STAT is important because it helps spread the word that we have an active alumni base,” he says. “I know a lot of students realize that scholarships come from alumni, but I’m not sure how many realize how many things around campus are possible because of alumni contributions, such as several computer labs and lab equipment. I think it’s important for us to spread that and to be thankful for those donations.”