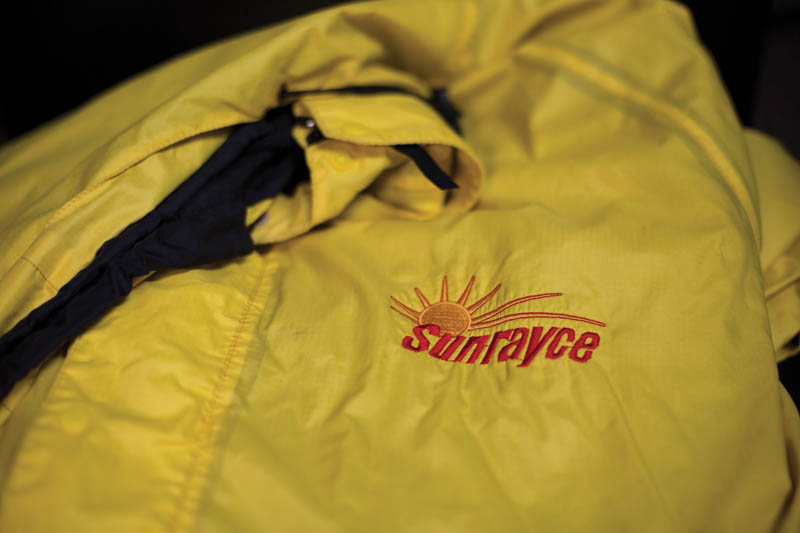 The Sunrayce jacket from the 1999 University of Missouri-Rolla Solar Car Team. Photos by Sam O’Keefe/Missouri S&T

“It all started with the utilitarian decision that I needed to not have it in my closet anymore because the elastic was worn out,” he says. “I took a picture of myself with it and mentioned
@MissouriSandT and @SolarMiner in a tweet. I thought that’d be the end of it, and I’d actually put it in a pile for the thrift store, but then I saw the university had messaged me about it, and the rest is history. My wife will never hear the end of this: Any time we’re thinking about getting rid of anything, I can trot out that it belongs in a museum!”

Hunter and his teammates won that rain-soaked race, holding off Queen’s University in the event that went from Washington, D.C., to Orlando, Fla. Their winning time was 56 hours, 16 minutes, 44 seconds for an average speed of 25.3 mph.