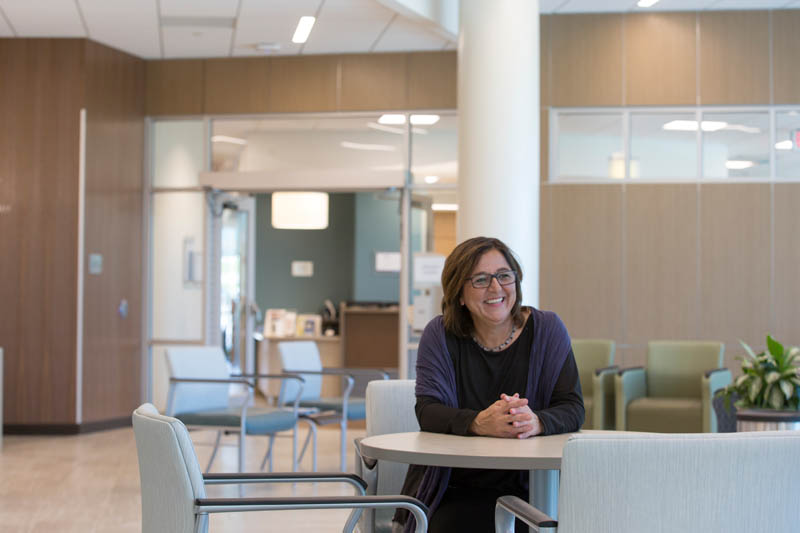 Dr. Nuran Ercal wishes something like the Ozark Biomedical Initiative (OBI) had existed when she first joined the Missouri S&T faculty in 1993.

A physician who also holds a Ph.D. in physiology, Ercal was eager to find fellow physician-scientists to work with on her research into age-related eye disorders. But with no medical school nearby or associated with S&T, opportunities to work locally with fellow M.D.s were scarce. So Ercal, who holds the Richard K. Vitek/Foundation for Chemical Research Endowed Chair in Biochemistry, ended up connecting with researchers in the ophthalmology department at Washington University in St. Louis. Through this partnership, Ercal has made progress on work that may lead to ways to prevent or even cure macular degeneration, which is the leading cause of vision loss.

Today, Ercal is working to open new doors of collaboration for Missouri S&T researchers with a biomedical interest. She’s doing it through the OBI, a partnership formed in July 2015 between the university and Phelps County Regional Medical Center.

“I would have loved to have had this opportunity when I first arrived in Rolla,” says Ercal. “We are just getting started with this project, but I hope it will lead to greater collaboration and new research over time.”

The partnership’s chief goal is to support biomedical research, says Warren K. Wray, co-chair of the OBI’s executive committee. Toward that end, PCRMC and S&T each contribute $25,000 annually to award to joint research proposals that involve individuals from both entities. That funding provides seed money for research and testing that can support future proposals to major funding agencies like the National Institutes of Health, Wray says.

The partnership gives S&T researchers access to specialized medical equipment only available at the medical center, Wray says. It also provides access to PCRMC’s Delbert Day Cancer Institute, which opened last December. Named after Day, CerE’58 and a Curators’ Distinguished Professor emeritus of ceramic engineering, the institute will provide the OBI with two floors of lab and meeting space.

In her role as chair of the OBI’s research and education council, Ercal leads a group of S&T researchers and PCRMC physicians that reviews the joint proposals. Last year — the first full year of OBI funding — the panel considered five proposals and awarded grants to each.

Each project involves a distinct approach to a health or medical issue. One research team plans to characterize the sex pheromones of brown recluse spiders — a necessary step for a proposed method to lure and trap the poisonous spiders. Another project involves the fabrication of a biodegradable brachytherapy implant that could deliver concentrated radiation therapy to target cancerous tumors. Another research group proposes developing “nanorods” as vessels to treat breast cancer, while another is investigating urine-sampling techniques to detect biomarkers that could indicate traumatic brain injuries. A fifth research team will study fetal heart rate patterns to develop a computational model to predict the risk of fetal hypoxia and acidosis after a mother has entered labor.