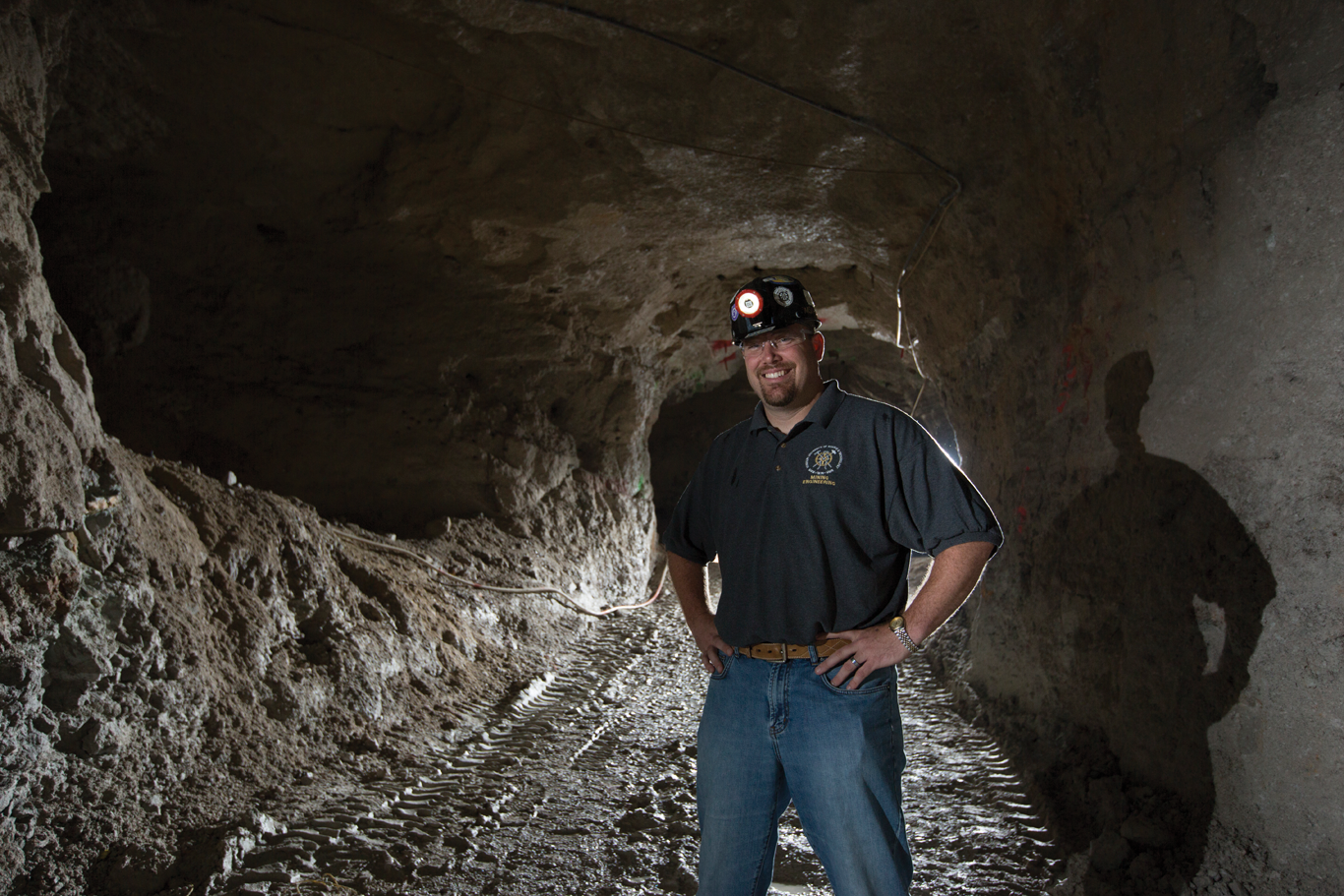 Braden Lusk first came to Rolla in 1996 as a walk-on wide receiver from central Kansas who excelled at math and science in high school but admittedly “had no idea what an engineer was.”

Two decades later he’s back at his alma mater as the new chair of mining and nuclear engineering. A sought-after academic leader, Lusk, MinE’00, PhD MinE’06, was lured from the University of Kentucky, where he served as director of graduate studies and helped build the school’s explosives research program.

“We had several big opportunities to do some really cool research,” Lusk says of his 10 years at Kentucky. But “the one thing I’ve always said since I left here was that if this job ever came open I would be interested.”

Once he settled on a major, Lusk quickly gravitated toward explosives thanks to a first-year class taught by Paul Worsey, a native of England known for starting S&T’s popular summer explosives camp as well as co-hosting The Detonators. The 2009 Discovery Channel reality TV show paired the straight-talking Brit with Lusk, his former student.

“This crazy guy came in and put on a video of stuff blowing up to classical music,” Lusk recalls of Worsey, who would later serve as his advisor in graduate school. “He was in the back of the classroom just laughing and having a wonderful time. And I thought, ‘Wow, I guess you can actually get paid to do this.’”

With the help of John Wilson, former S&T mining engineering chair, Lusk got a summer job after his first year of college at a salt mine in his hometown of Hutchinson, Kan. He parlayed that experience into a job at a Cargill underground salt mine beneath Lake Erie in Cleveland, then transfer to another Cargill position back in Hutchinson.

The work was rewarding, Lusk says. But something was missing.

“Cargill was a wonderful company. But I wasn’t handling any explosives. So that’s when I decided I wanted to go back to (graduate) school.”

Since Lusk earned his doctorate in 2006, enrollment in mining engineering at Missouri S&T has more than doubled.

“It’s that shiny thing,” he says of his discipline, noting the almost-primal fascination we have with fireworks and other combustibles. “We can blow stuff up. It’s a really good lure for getting those kids excited about other aspects of mining.”

“We’ve sent quite a few people (in our program) into the explosives industry,” he adds. “But I think we’ve sent a lot more into the mining industry.”

Though he comes from a mining background, Lusk is quick to highlight his interest in simultaneously growing S&T’s nuclear engineering program. The disciplines are distinct but also closely linked, he says.

“Each has its own identity,” Lusk says. “We don’t want to shy away from those individual identities because that’s what drives people wanting to be a part (of those programs).”

Lusk acknowledges that the global and industry push for renewable energy and concurrent increase in federal regulations requires a decidedly 21st century approach to his chosen discipline, even as he exudes confidence that well-trained miners will always remain in demand.

“We’re going to have to continue to evolve with the industry,” he says. “But I don’t think there’s ever going to be a time when we don’t need mining engineers. … What we need to focus on moving forward is to prepare our engineers to be ready for those challenges.”