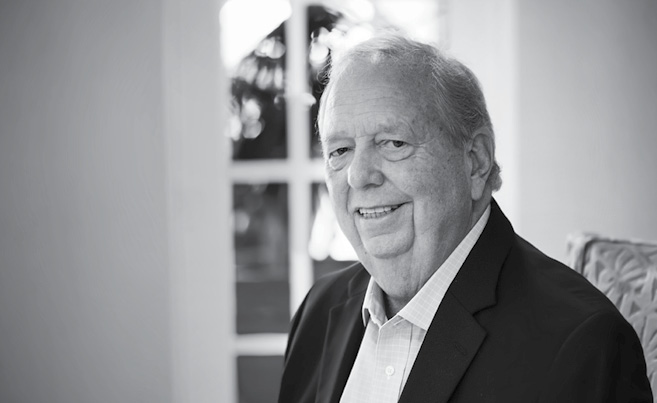 In a construction career that took him from Iowa to Abu Dhabi, Don Gunther, CE’60, says that the toughest challenge he ever faced was in Canada, building the colossal Syncrude refinery in northern Alberta.

“The project was immense,” says Gunther, who retired as vice chair of the Bechtel Group in 1999. “We had 10-story cranes and more than 14,000 people working up there, 150 miles north of Edmonton. It was darn cold.”

Gunther’s 40-year career with Bechtel, the nation’s largest construction and engineering company, began with some advice from his father and fellow Miner, Roy Gunther, CE’27.

“When I graduated in 1960, my father said the whole world was moving to California, so I should go to work for the best construction company there,” says Gunther, who did his research, wrote to Bechtel and landed a job as a field engineer. His first project was building a fertilizer plant in Iowa. Before long, he had a résumé full of fertilizer plants.

After completing the Syncrude project, which still stands as a construction benchmark in the oil industry, Gunther took his talents into upper management, first as the head of Bechtel’s refinery and chemical division and soon as the head of an expanded division that included mining and government projects.

When Bechtel formed its first executive committee, Gunther was a founding member. Before long, he was in charge of the company’s international division, where he led a reorganization. “We had a map of the world in our conference room,” Gunther says. “We asked ourselves ‘Where’s the money to build things?’ Then we set up engineering offices in the 20 top markets.”

From India to Oman, the company was ahead of its time in promoting local procurement practices, cultural sensitivity and government relations. “When the big jobs came in, we were ready,” says Gunther. “We increased our international work considerably.”

After retiring from Bechtel, Gunther continued to consult for the company. He also went to work making things better for others.

As an original member and later chair of the Naples Winter Wine Festival, he has helped to raise more than $150 million for the Naples Children & Education Foundation, which supports nonprofit agencies serving at-risk children in south Florida. As chair of the board of The Immokalee Foundation, he led efforts to provide scholarships for children of agricultural workers from the Caribbean and Latin America. He and his wife, Rosemary, also have supported Missouri S&T in many ways, including a scholarship endowment and major addition to Butler-Carlton Civil Engineering Hall.

“Life is a lot more meaningful when you have problems to solve.”

“When I retired, I thought I’d buy a boat and play golf,” says Gunther, an S&T trustee emeritus and member of the Academy of Civil Engineers. “But I wasn’t having any fun because I wanted to be needed. Life is a lot more meaningful when you have problems to solve. My Rolla education was basic training for that.”