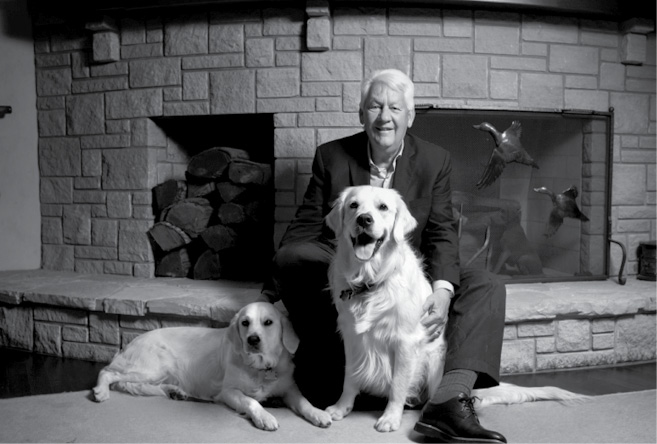 Bob Brinkmann, CE’71, credits a mindset he calls looking for “the second right answer” with growing the company he founded more than 30 years ago.

“Engineers are problem solvers, so they look for the first right answer and move on,” says Brinkmann, founder and CEO of Brinkmann Constructors. “The biggest task is getting them to look for the second right answer, which may be a better solution.”

Brinkmann credits this emphasis on creative problem solving with building the company into an industry leader with a 30-state, $3 billion project portfolio. “We are a service organization as much as a construction company,” he says.

After graduating from Rolla with a degree in civil engineering, Brinkmann joined the Illinois Department of Transportation and worked on the construction of Interstate 64 from St. Louis to Virginia. “I was usually in the middle of nowhere on a stretch of highway with a survey crew,” he says. “I spent a lot of time blue-topping a sledgehammer.”

During the next decade, jobs with construction companies taught him how the business works — and how it could be done better. In 1984 he founded the R.G. Brinkmann Co. The first two years were a struggle, but by the end of the third year business had tripled.

“I went through every nickel I had that first couple of years,” Brinkmann says. “Being an entrepreneur is about hard work and risk.”

While the company is known today for the client service that brings 80 percent of customers back, its founder says the best part of the business will always be building stuff.

“We’re big on mentoring — and we’re also big on giving back.”

“The fun is being in your boots putting the footings in,” says Brinkmann, who has two other passions that have shaped the company — mentoring and giving back.

Every employee has a mentor, and every employee participates in Monday training sessions that take place 52 weeks a year.

“Mentoring in the formal sense didn’t exist when I was coming up through the ranks,” Brinkmann says. “My mentors were superintendents and carpenters.  We’re big on mentoring — and we’re also big on giving back. Everyone should be involved in a charity.”

For many years, Brinkmann and his wife, Kim, hosted a gala in their home to raise money for S&T student design teams. Brinkmann was also among the first donors to the Kummer Student Design Center, and he recently completed a two-year term as president of the S&T Board of Trustees.

Brinkmann Constructors celebrated two milestones in 2014: its 30th anniversary and the sale of the company to employees through an Employee Stock Ownership Plan. “Who better to own the company than the people who built it?” says Brinkmann.