Seeing it through and seeing through it 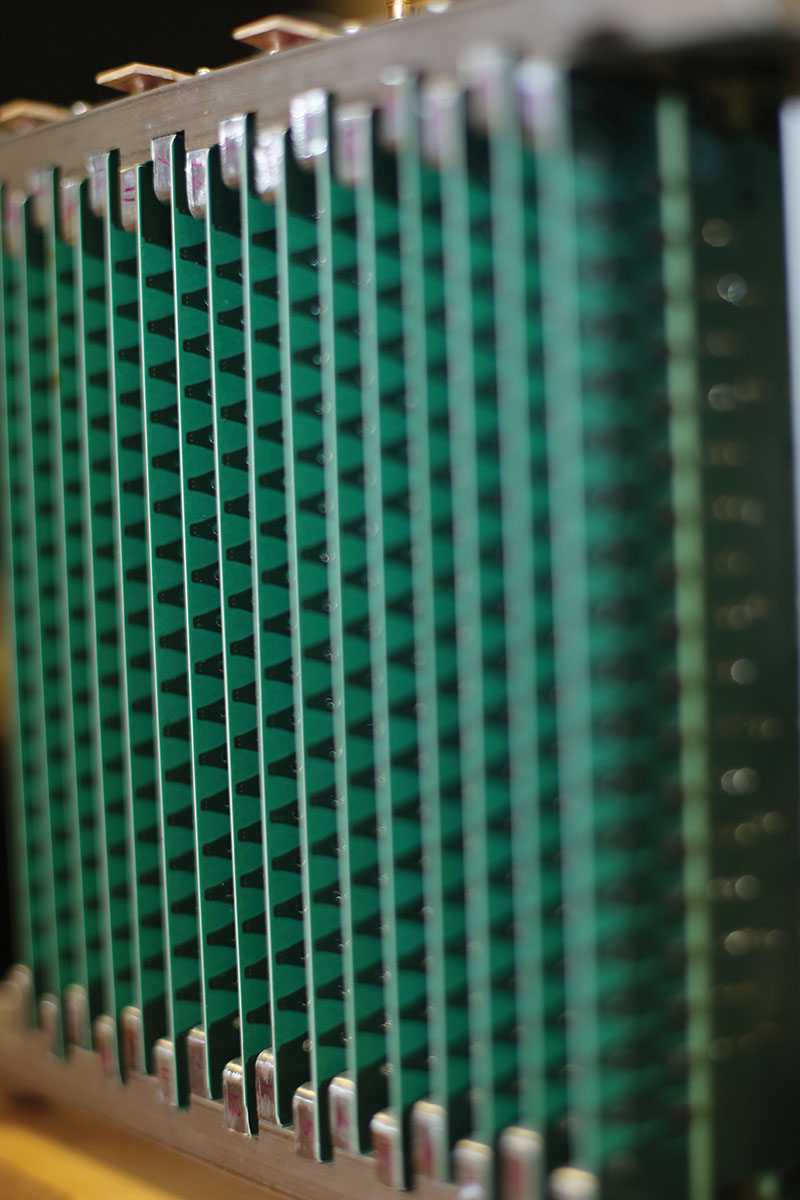 Matthew Horst, a graduate student pursuing a master’s degree in electrical and computer engineering. He is currently helping to develop a 3-D real-time wideband microwave camera capable of producing 3-D images through the AMNTL on campus. Sam O’Keefe/Missouri S&T

At 7 a.m. on a weekday, many college students are still asleep. Others hit the snooze button and struggle to get out of bed for an 8 a.m. class. But Matt Horst, EE’14, is usually already at work in the Applied Microwave Nondestructive Testing Laboratory (AMNTL) at Missouri S&T. 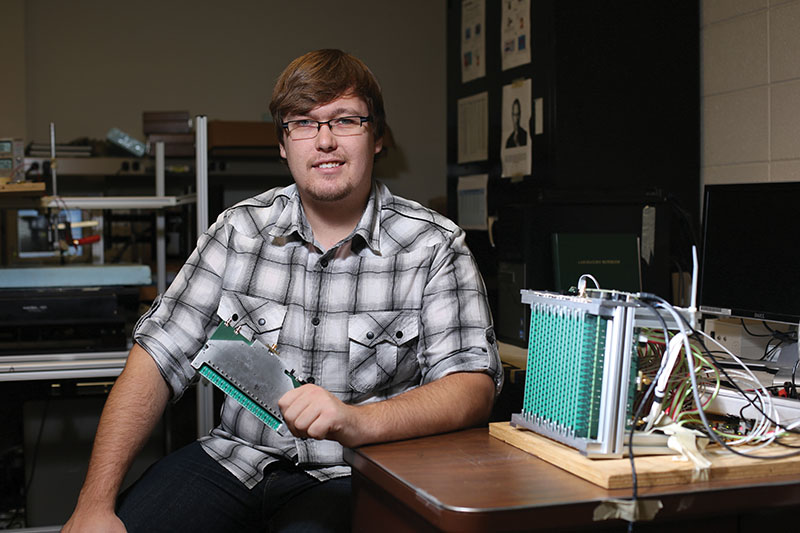 Matthew Horst, a graduate student pursuing a master’s degree in electrical and computer engineering. He is currently helping to develop a 3-D real-time wideband microwave camera capable of producing 3-D images through the AMNTL on campus. Sam O’Keefe/Missouri S&T

Horst, a graduate student pursuing a master’s degree in electrical and computer engineering at S&T, spends most of his time in the lab, running simulations, fabricating circuit boards or reading literature related to his research.

The winner of a coveted spot in the 2015 National Science Foundation (NSF) Graduate Research Fellowship Program, Horst is working to develop a 3-D real-time wideband microwave camera that can produce images.

“This camera will hopefully have applications in engineering, biomedical and security endeavors,” Horst says. “It can image through backpacks and luggage for security purposes or detect flaws in manufacturing by imaging through materials like wood, concrete and rubber. But, this camera is really the proof-of-concept for a camera that I will eventually be developing as part of my Ph.D. work.”

Horst says he plans to stay at the university to complete his Ph.D. He hopes to develop a new cell phone-sized camera capable of analyzing the depth of skin burns and possibly diagnosing skin cancer.

“I’m excited about this biomedical application,” says Horst. “This will be the first microwave medical camera. My hope is that it will be used in doctor’s offices as an alternative to skin biopsies.”

Though Horst now has experience designing and fabricating 3-D real-time microwave cameras, he says that this new camera will require a great degree of interdisciplinary work — which he loves.

“To be able to make this camera, we have to understand properties of the skin. So, I have to rely on research from other fields as well as work in cooperation with doctors and dermatologists,” he says. “I like interdisciplinary work because it puts me in the position of being an expert for a certain field, and at the same time, I get to collaborate with others to solve a problem.”

Horst has been getting a taste of interdisciplinary research since his second semester as an undergraduate at S&T.

One of his electrical engineering professors, Reza Zoughi, the Schlumberger Distinguished Professor of Electrical Engineering, encouraged Horst to take part in research. He jumped at the chance, and today Zoughi is Horst’s advisor.

“At first, I was just working on civil engineering problems,” Horst says. “I was working mostly on properties of materials. Then, when the project with the 3-D camera came up, I was qualified to work on it.”

Horst will see the completion of the original 3-D microwave camera through. Then, he will begin research and fabrication of the new cell phone-sized skin cancer-detecting camera.

Though getting up to be at the lab at 7 a.m. is sometimes a tough task, Horst’s work is exciting enough to keep him coming back day after day.

“The hope that I’m working on something important keeps me going,” he says. “I love the days when I get to run simulations in the field or do strange tests that are out of the ordinary.”