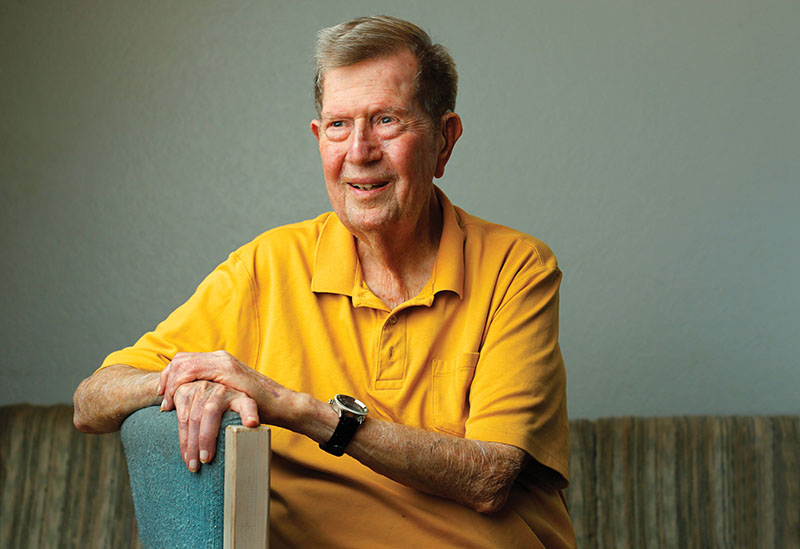 In a letter published in a June 1945 issue of the student newspaper, the Missouri Miner, then-Dean Curtis Laws Wilson, Hon’46, wrote to editor Charles W. “Bill” Bennett to speak up for disgruntled faculty members who felt they were being treated unfairly in the Miner. Believing the university would run more smoothly if the faculty and students got along, the faculty voted to require the editor to report directly to the faculty through Wilson.

By that time, Bennett, ME’49, had been running the Miner for over a year. And he was only a sophomore. Bennett took over the paper as a freshman, just two months into his college career. When he started, the paper was printed as a center section of the Rolla Daily New Era, but Bennett and Carl Finley, EE’45, took over full management in partnership with a local printer.

“I have to admit that I didn’t know too much about running a newspaper, so I decided that in addition to routine campus activities, I’d see if I couldn’t stir the pot and find interesting things to write about,” Bennett says. “The results were quite memorable.”

Wilson’s letter isn’t surprising, in light of some of Bennett’s articles.

“We began exploring the quirks and foibles of the faculty,” Bennett says. “In one instance, my English professor made some remarks deleterious about Rolla. I printed a Frisco Railway schedule on the front page and pointed out that there were four trains leaving daily.

“But what really got to him was when he sent in a letter to the editor and I made corrections, graded it and sent it back.”

For a brief period, the Missouri Miner was banned by the Rolla postmistress, Bennett says.

“I was unskilled at laying out the paper for publication,” he says. “Sometimes the copy did not exactly fit the column and would leave two or three line gaps at the bottom. I began to fill these gaps with small jokes — some with a double entendre. I thought it was humorous; the postmistress thought it obscene, and she banned the newspaper from the mail.”

Bennett soon learned the skill of writing or rewriting copy to fit exactly in the space allotted, and he succeeded in getting the ban removed.

“I also learned to read galley proofs upside down and backwards and to rapidly spot typos and misspellings,” Bennett says. “In later life, I used to drive my secretaries nuts when I would pass the desk behind their typewriters and causally spot errors as they were typing.”

Despite a two-year stint in the Army, Bennett graduated in just 41/2 years. He regularly took between 24 and 27 hours each semester. Bennett’s mechanical engineering degree combined with radar repair experience from the Army landed him a job at IBM, and, following various career moves, he retired as an engineer with TRW Inc., then known as Space Technology Labs.

“I was hired for a specific job requiring special clearance that was so sensitive it required almost a year’s worth of investigations. The knowledge and expertise at that company was unbelievable,” Bennett says. “Many, many years later, after I retired, I was invited to a meeting in which I learned that the project was still ongoing, and a top government official announced that it was the most successful government project, ever.”