Hands-on work is the real teacher

Electronics has been a passion for Clay Melugin, EE’84, since the fourth grade, when he built a metal detector using a classic Heathkit. Today he’s building connections he couldn’t have imagined 40 years ago. 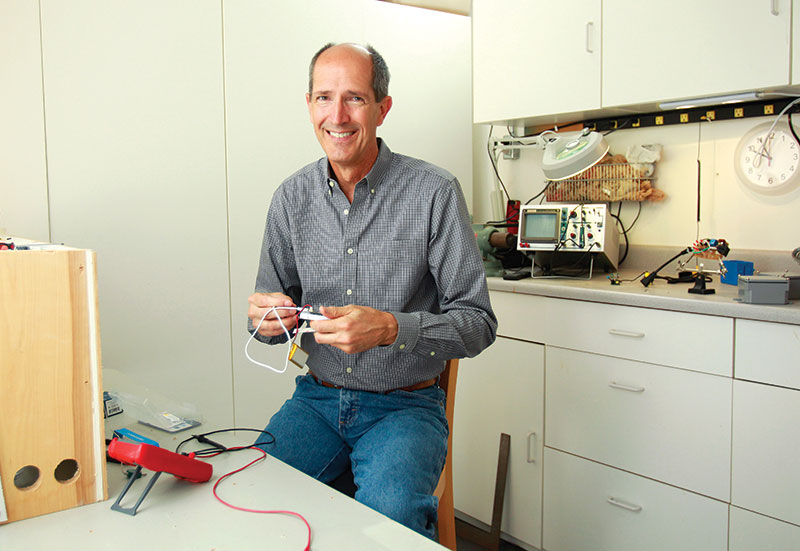 He credits his Missouri S&T education with transforming a childhood passion into a career path at the cutting edge of technology.

“My Rolla education stimulated my mind to think bigger,” says Melugin, who also holds a master’s degree in engineering management from Southern Methodist University and an executive MBA from San Diego State University. “Without it, I would have been on a much different career trajectory.”

After graduating from S&T, Melugin joined Motorola and developed a radio navigation system for fleet tracking. His next career step took him to Emerson Electric, where he helped design one of the first remote devices for metering electricity — a forerunner of the smart meter, which records energy consumption at various intervals and communicates the data to the utility company for monitoring. He eventually landed in southern California, working for Infineon Technologies’ Wireless Solutions division and Intel Corp.

In every position, Melugin has blazed a trail on technology’s frontier; for example, the smart systems made possible by integrating the physical and the virtual. “We took the first steps toward connecting the world through a movement now called the ‘internet of things,’” he says.

Today, as founder of RMAC Technology Partners, Melugin continues to advance the possibilities of wireless technology. He also makes it a priority to inspire future innovators, both as a volunteer teacher in the San Diego area public schools and through his outreach to prospective S&T students on the West Coast as an alumni admissions ambassador.

“Many promising students are stressed about the cost of education and the competitive nature of getting into college,” says Melugin. “I tell them that Rolla offers an affordable, top-tier engineering education in a great environment.”

“My Rolla education stimulated my mind to think bigger.”

Telling the S&T story to Californians is only part of Melugin’s mission. He is also an investor in the future of that story. Through a deferred gift to the Kummer Student Design Center, Melugin and his wife, Janet, will establish an endowment that will support innovation for generations to come.

“Hands-on work is the real teacher,” says Melugin. “Design teams teach students to solve hard problems.” For this trailblazer, the three words that describe what it means to be a Miner come straight from experience: “capable, confident, engaged.”

“My Rolla education stimulated my mind to think bigger.”