Far from his usual books on surveying, Dick Elgin’s latest work, Shoulda Played the Flute, is a memoir of his time in Army aviation, including a year flying helicopter combat missions in Vietnam. 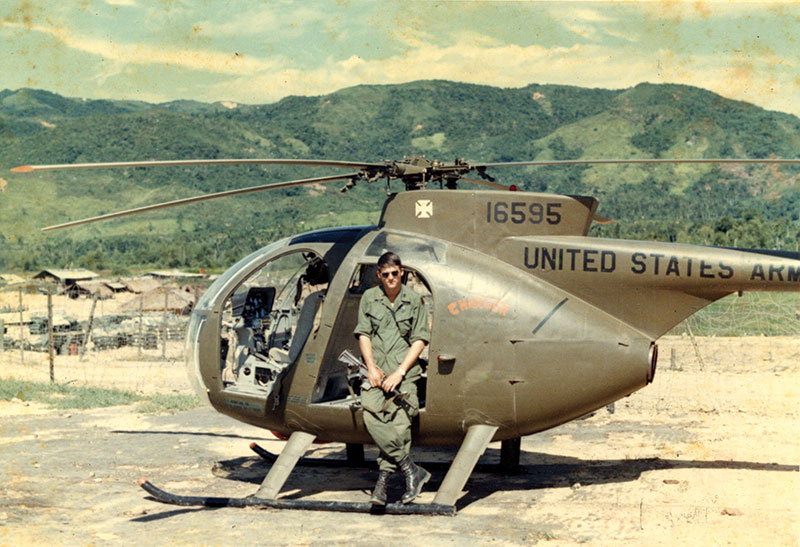 Elgin, CE’74, MS CE’76, an adjunct professor of civil engineering at Missouri S&T, washed out on his first try at S&T, so he volunteered for the Army rotary wing flight school. After graduating from flight school, he was sent to Vietnam in 1969 and assigned to the Americal Division in Chu Lai. Within the Americal, he flew the Hughes OH-6A out of the 196th light infantry brigade on a wide variety of missions.

Through humorous, serious and sad vignettes in the book, Elgin describes the missions he flew.

Long before Vietnam, Elgin played the flute in his high school band. During basic training in Fort Polk, La., the post band director made him an offer: He could fulfill his Army obligation — guaranteed — playing the flute in the Fort Polk Army Band. Elgin declined.

There were missions in Vietnam when he remembered the offer, thinking he “shoulda played the flute.”