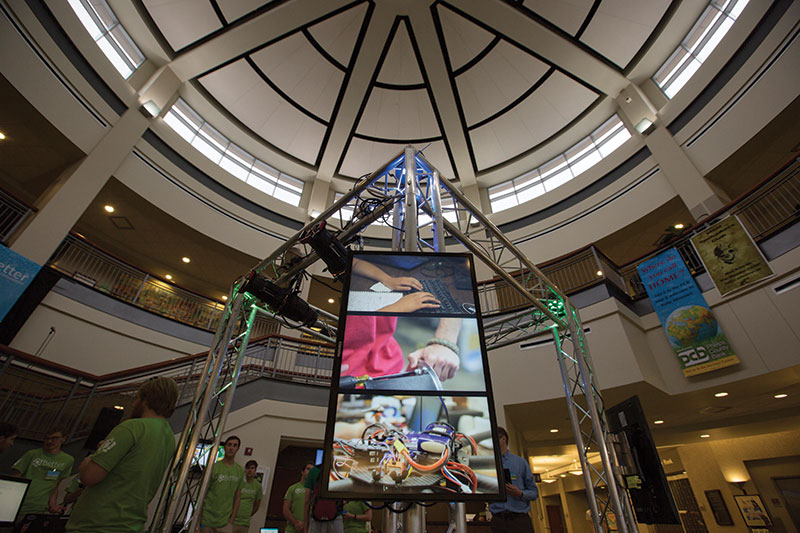 Students involved in the Better Campus Competition worked throughout the 2015–16 academic year to create and prototype the next great campus innovation.

Six teams made it to the final round, including Food Finder, which was named grand champion. Team Food Finder’s idea was a mobile app that would inform students when different dining options on campus are open. Team members included Ian Roberts, Hassan Kaous, Brandon Huttsell and Logan Green. The competition was hosted by Research Support Services, a team within information technology.